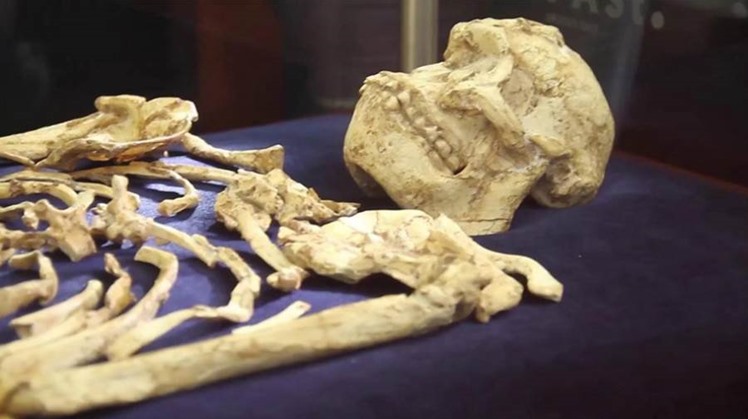 Tue, Apr. 6, 2021
The National Museum of Civilization has attracted many visitors since its opening day last Sunday, and a large number of visitors, whether foreign or Egyptians, have been keen to visit it and inspect the pieces that are displayed in the central hall, which includes more than 1600 artifacts.

The skeleton
Among the artifacts that visitors were keen to take memorial photos with is the skeleton which is one of the oldest structures discovered in the world, known as the "Nazlat Khater" structure, which is a human skeleton dating back more than 35 thousand years BC, and the structure is of great importance. In the study of the evolution of the human race.

The beginning of the story was when the mission of the Belgian University of Leuven got it, which worked in the eighties of the last century in the villages of the city of Tahta in Sohag, where the mission took the structure with it for restoration and study, but Egypt succeeded in 2015 in restoring the structure again, and it is now inside one of the largest museums in the world The National Museum Of the Egyptian civilization.

Dr. Ahmed Ghoneim, CEO of the National Museum of Egyptian Civilization, had made it clear in exclusive statements to "The Seventh Day", that there are a large number of reservations made to visit the museum by Egyptians and foreigners, through the website, during the coming days, as it facilitated The site is a pre-booking process, and the museum is keen to provide all services to all visitors, due to the lack of overcrowding at the entrance gates, in addition to the cleanliness of the museum and the provision of the service in the finest form, so that the visitor can listen to his trip inside the National Museum of Civilization.