Isis, the first goddess of the Egyptians .. How did the texts of the pyramids immortalize her? 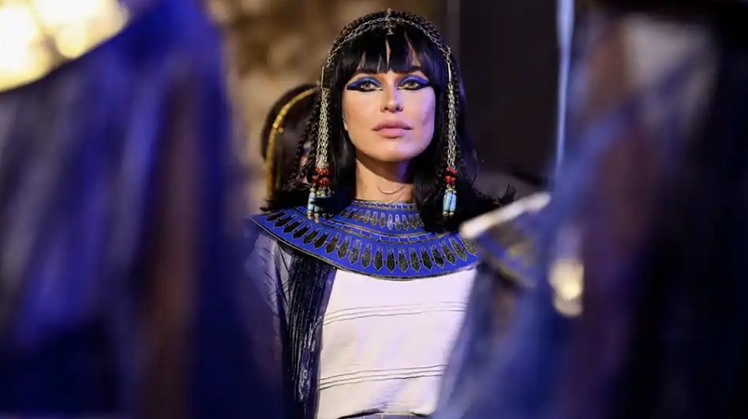 Tue, Apr. 6, 2021
During a legendary ceremony to transfer the procession of royal mummies from the Egyptian Museum to Tahrir to the Museum of Civilization, the Egyptians yesterday dazzled the whole world, to show everyone what Egypt is like, an ancient past, a great present, great ancestors, and grandchildren who know the value of their civilization.

Apart from the mummies of the greatest queens and kings of history, and the elegance that Cairo showed yesterday in preparation for the majestic ceremony, the celebration witnessed an artistic song and epic presented by the Philharmonic Union Orchestra led by Maestro Nader Al-Abbasi, a song that the world came to present in the ancient Egyptian language, as it came as an anthology of the hymns of prestige of Isis From Deir Al-Shalwit Temple and Selections from Al-Ahram Texts. "

Isis is a major goddess in the ancient Egyptian religion, whose worship spread throughout the Greco-Roman world. Isis is mentioned for the first time in the ancient Egyptian kingdom (2686-2181 BC) as one of the main characters in the Osiris myth, as she resurrected her husband, the slain divine king Osiris, and gave birth to his heir Horus and protected him. Isis was believed to guide the dead to the afterlife, as she helped Osiris, and she was considered the divine mother of the Pharaoh as he was likened to her son Horus. Her maternal aid consisted in a healing mantra to help the common people.

In the "Texts of the Pyramids," Isis documented, for the first time in history, what are known as funerary texts. She was mentioned as the obedient wife, tender mother, and loving sister. As the daughter of the earth god "Geb" and the goddess of heaven "Nut", she was worshiped with her husband and brother Osiris all over Egypt, in the homes of simple peasants and the palaces of the rich alike.

Egypt still maintains many temples of Isis in Upper Egypt, such as the Temple of Epidus, located between the cities of Gerga and Nag Hammadi, and it is the oldest temple of Isis, as it was built before the construction of the pyramids, and it is believed that it contains the tomb of Osiris, as well as the Temple of Qaft and the famous Temple of Philae on the island of Philae.

According to the author of the book "The Mysteries of Isis," the writer Ditraki Regula devoted a large part of her life to the study of Isis's history and religious philosophy. The goddess herself is worshiped with the ideas that she represents, not her image or statue.

The writer believes that Isis is the original. From her womb, all the holy women and religious converts came out. In her book, she included the text of the morning prayer, with which Isis was invoked as was that of her ancient slave.