The story of the Middle Kingdom era ... an important shift in the history of ancient Egyptian culture 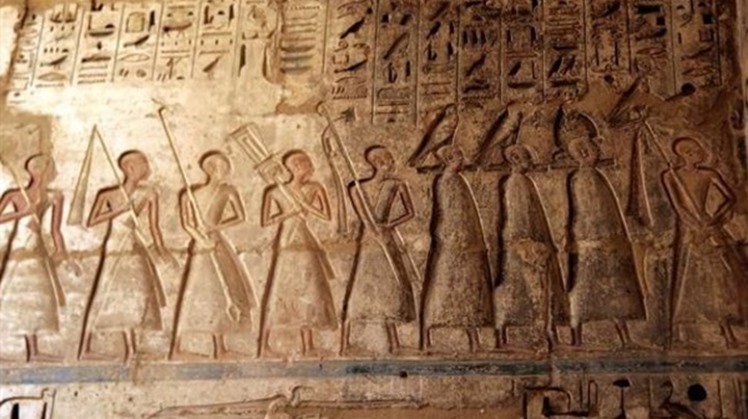 Sun, Jan. 10, 2021
The Middle Kingdom was a period of great prosperity, and it consisted of the eleventh to thirteenth dynasties, although the eleventh dynasty had origins from the first transition period, but the last king of this era had succeeded in unifying Egypt, and thus the middle state began, which is King Nab. Mentuhotep Ra fell (about 2055 - 2004 BC). The eleventh dynasty came from Thebes (now Luxor), which was not a city of importance during that period, but it would become one of the most prominent and most important cities in Egypt during the rest of ancient Egyptian history.

Because of his good origins, Nabbet Ra Muntuhotep was buried on the western mainland in Thebes in the Deir el-Bahari area, and his tomb included a temple for his funeral rites, and the tomb was partially cut into a rocky slope while part of it was built in the form of a balcony that includes a central ascending slope. Obviously, this temple served as a partial inspiration for the nearby and most famous temple of Queen Hatshepsut, located directly to his left.

Little is known about both Mentuhotep the Third and the Fourth, who were the last rulers of the Eleventh Dynasty, according to the official website of the Ministry of Tourism and Antiquities. Amenemhat I (1985-1955 BC) was the first of the Twelfth Dynasty (1985-1795 BC) M.), who may have been the minister of Mentuhotep IV.

The kings of this successful family greatly strengthened the authority of the central government over all of Egypt, and during this period the powerful provincial rulers were reined in, they also undertook construction projects across the country, strengthened its borders, sent mining expeditions and encouraged trade trips, the chain of forts was not, like the one in existence. Bohan, Samna and Ascot served as defensive forts only, but they organized the movement of incoming Nubian merchants as well as bases for mining operations and military operations. The reign of Kings Senusret III (1874-1855 BC) and Amenemhat III (1850-1808 BC) was particularly prosperous.

Huge agricultural projects were implemented during that period, especially in the Fayoum region in Central Egypt, where canals were dug, part of the lake was dredged, and the lands produced for agriculture were reclaimed. The kings of the Twelfth Dynasty were buried in this area in huge pyramids near the new capital, which was founded by Amenemhat the First, which was called Itt Tawi, meaning the grip on the two lands, and its exact location is still unknown.

The Middle Kingdom represented an important shift in the history of ancient Egyptian culture, as the most important thing it provided was its contributions to the ancient Egyptian language and literature. New linguistic combinations appeared and many new literary texts were written, many of which remain popular for more than a thousand years, called language. The Middle Egyptian language used to write these texts with their grammatical rules, which would be the official language of texts until the Ptolemaic period (332-30 BC) and the Roman era (30 BC - 395 AD).