4 amazing facts about the ancient Egyptian civilization, most notably the workers' strike and women's rights 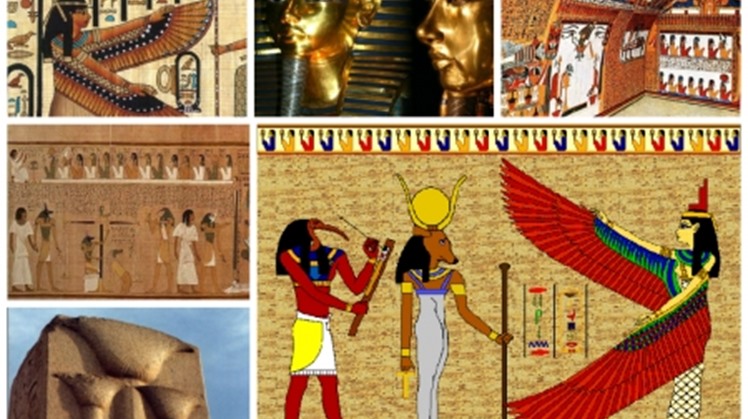 Wed, Jan. 6, 2021
The ancient Egyptian civilization possesses many of the civilization components that made it the focus of attention of the peoples of the world, and from here we will review 5 surprising facts that you may not know about the ancient Egyptians, from the first recorded peace treaty, according to the History website.

The ancient Egyptians drafted one of the first recorded peace treaties
For more than two centuries, the Egyptians fought against the Hittite Empire for control of territory in modern Syria, and the conflict led to bloody clashes like the Battle of Kadesh in 1274 BC, but by the time of Pharaoh Ramses II, neither side had shown a clear victory.

With both the Egyptians and the Hittites facing threats from other peoples in 1259 BC, Ramses II and King Hattuseli III negotiated a famous peace treaty. This agreement ended the conflict and ordered that the two kingdoms help each other in the event of a third-party invasion. The Egyptian Hittite treaty is now recognized as One of the oldest surviving peace agreements, a copy of which can be seen above the entrance to the United Nations Security Council Chamber in New York.

Egyptian women enjoy a wide range of rights and freedoms
While they may have been viewed publicly and socially as being inferior to men, Egyptian women enjoyed a great deal of legal and financial independence, enabling them to buy and sell property, work on juries, issue wills and even enter into legal contracts, and Egyptian women did not usually work outside The house, unlike the women of ancient Greece, who were actually owned by their husbands Egyptian women had the right to divorce and remarry, it was known that Egyptian husbands negotiate an ancient pre-marital agreement, and these contracts listed all the property and wealth that the woman brought into marriage and guaranteed Compensation in the event of divorce.

King Tut may have been killed by a hippo
Surprisingly, little is known about the life of the pharaoh boy Tutankhamun, but some historians believe they know how he died. Pictures of the young king’s corpse show that he was embalmed without his heart. This radical departure from the traditional Egyptian practice of burial indicates that he may have suffered a horrific injury before his death, and according to a few Egyptologists, one of the most likely causes of this wound is a hippopotamus bite. Evidence indicates that the Egyptians hunted monsters for sport, so that statues found in King Tut's tomb depict him throwing a spear, if the young pharaoh is already fond of chasing a dangerous game, his death may be the result of a false hunt.

Egyptian workers knew that they were organizing workers' strikes
Although they considered the pharaoh as a kind of deity, the Egyptian workers were not afraid to protest in order to improve working conditions, the most famous example came in the twelfth century BC, the reign of the modern state pharaoh Ramses III, when workers participated in building the royal cemetery in Monastery They did not receive their usual wages of grain, so they organized one of the first strikes recorded in history. The protest took the form of a sit-in: workers simply entered the nearby funerary temples and refused to leave until their complaints were heard, the adventure succeeded, and in the end the workers got their late rations.