How the pharaohs faced rape crimes ... An ancient papyrus reveals the punishment 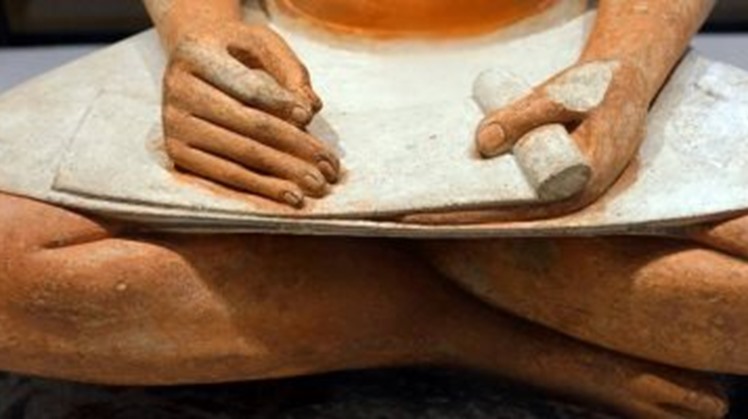 Wed, Jan. 6, 2021
Day after day, we hear about rape and symptomatic violations, and although law, religion and custom forbade these actions, there are sick souls still carrying out such disgraceful acts, which were rejected by human morals since the dawn of history, and perhaps the last of those crimes that spread on sites Social networking is when a person sexually assaulted a medical college student, who works as a babysitter for his children.

The punishment for adultery at the Pharaohs amounted to the death penalty by burning, and cutting off the "genital organ", based on the inscriptions of Annie, the Bulaq papyrus, and the Papyrus Papyrus, just as the initiation of adultery, "intending" or "rape" was sometimes faced with the same punishment or sometimes less, depending on the harm. The reality of the female, as mentioned by the French scientist "Kabar", who is one of the prominent specialists in the study of the ancient Egyptian criminal law.

According to the archaeological researcher Magdy Shaker, an Egyptian papyrus dating back to the year 1200 BC revealed an incident of harassment in the city of Thebes, the capital of ancient Egypt, which is currently located in the city of Luxor in Upper Egypt, and lists the largest crime of "Banib", which was the molestation of a woman called "Yamenowa" to the point of He removed her clothes and violated them at one of the walls, and the son of "Banib" witnessed his father’s immorality against women. The son even admitted his father’s participation on one occasion.

"The ancient Egyptians had their moral stance on sexual transgressions, as they were already forbidden fornication, and thus harassment and rape become a greater crime." The archaeologist "Shaker" spoke about the Egyptian disapproval of harassment, noting that the papyrus contains a complaint against the chief of construction workers, "Banib", for committing crimes "Immoral," as his colleague, "Amenacht," the complainant describes, despite his great mastery of the art of building royal tombs.

He recounts the biggest crime of "Banib", which was the harassment of a woman called "Yaminow" to the point of removing her clothes and violating her at a wall. The son of "Banib" testified of his father's immorality against women, but the son admitted to his father's participation on one occasion.

This moral papyrus which recorded the crime of "Banep" was discovered in the 19th century and is in the British Museum.

The professor of Egyptology adds that the fate of "Banib" is not mentioned, but he will most likely be executed because of the horror of his crime. Thus, ancient societies give an ethical image in dealing with harassment 3000 years ago.