"Hijama tools" during the Abbasid era are among the "Islamic Art" holdings. 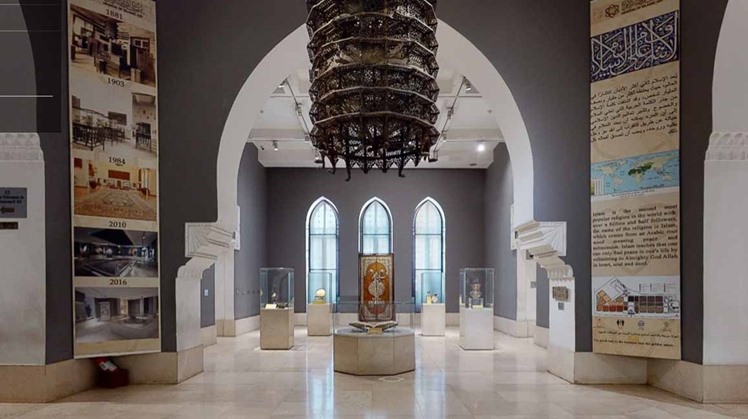 Sun, Jan. 3, 2021
The Museum of Islamic Art is located in Bab al-Khalq Square, and it houses nearly 100,000 diverse artifacts expressing various Islamic arts through the ages, thus contributing to the richness of the study of Islamic art, and the museum is one of the largest Islamic art museums in the world, and a beacon for Islamic arts and civilization throughout Ages, and among the museum exhibits inside the medical room, a set of tools were used during the Abbasid era, and we review through the following report their story.

Among the group are cupping cups made of glass dating back to the Abbasid era, the 3rd century AH / 9th AD, and cupping is a form of treatment in prophetic medicine, and it is an ancient medical method that was used to treat many diseases, and it depends on the pale of corrupt blood by using some glass cups on the site of pain .

There are also sealed glass scales that were used to measure medical liquids, and they are all distinguished in the form of small glass vessels, each of which has a handle that connects the hand of the measure to its mouth, and dates back to the Abbasid era, the 3rd century AH / 9AD, and the hall also includes a group of glass clays that also date back to the Abbasid era of the century 302 AH / 908 AD, and these artifacts were used as weights for the balances, as they weighed small materials and delicate liquids, and control over them was carried out by the muhtasib, and sometimes the name of the rulers or the owner of the police was recorded on them, which is an indication of the state’s keenness to establish justice in the markets.

We also find inside the medical room in the museum Islamic art, a scales made of copper inlay, also dating back to the Abbasid period, the 9th century AH / 15AD, and the scale is decorated with various types of geometric motifs, in addition to a verse of poetry that reads: “I am the balance, I do not make mistakes, and I am not right. The Righteous Creator Establish weight by installment. "