50 archaeological coffins displayed in the Egyptian Museum, 15 of them are displayed for the 1st time 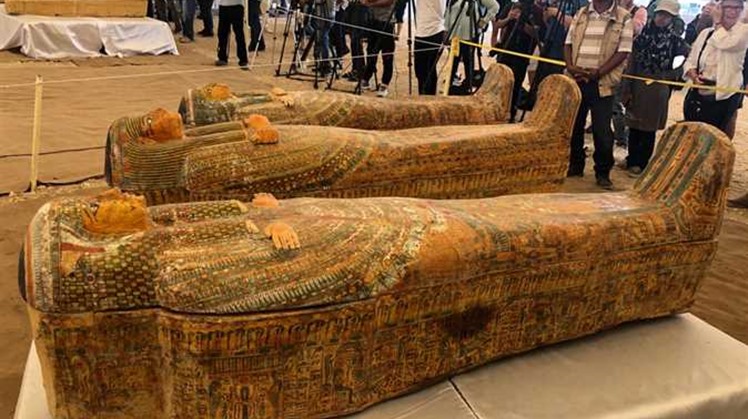 Mon, Nov. 23, 2020
Archaeologist Sabah Abdel Razek, Director General of the Egyptian Museum in Tahrir, said that there is a remarkable turnout by visitors, to see the new museum display scenario, which took place in the hall where the royal mummies were placed, which was prepared for transfer to the National Museum of Civilization in Fustat.

Sabah Abdel-Razek explained, in exclusive statements to "The Seventh Day," that the new hall was displayed in which a large group of archaeological coffins numbered 50, and there are 15 coffins displayed for the first time in front of the public, and the hall is visited as part of the entrance ticket and not It has a separate ticket.

At the present time, in the Mummies Hall, 50 colored coffins are displayed, including two from the ancient Saqqara discovery, and 48 coffins from the Egyptian Museum in Tahrir, among which 15 coffins are displayed for the first time and others were on display in the third floor of the museum and in the basement, and these coffins have enjoyed a grant project that began in 2016. , To include documentation, imaging and restoration of 626 coffins.

The royal mummies procession includes 22 royal mummies, and 17 royal coffins dating back to the era of families (17, 18, 19, and 20), including 18 mummies for kings, and 4 mummies for queens, including the mummies of King Ramses II, King Sagnin Ra, King Tuthmosis III, and King Siti The first, Queen Hatshepsut, Queen Merit Amon, wife of King Amenhotep the First, and Queen Ahmose-Nefertari, wife of King Ahmose.