The Visiting of Brazilian Olympic Football Team to the Giza Pyramids on Nov. 18 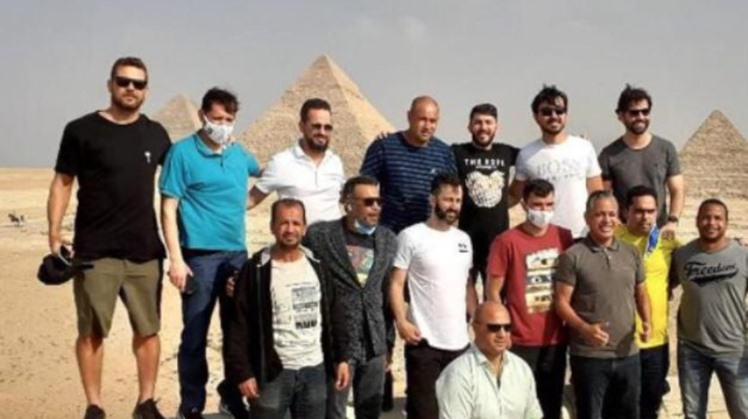 
Director General of the Pyramid Antiquities Zone Ashraf Mohie el-Din, accompanied them on a tour of the area, where they visited the the Pyramid of Khufu, the Sphinx and the Panorama.


Ashraf Mohie el-Din said that the members of the Brazilian Olympic team were amazed by the Great Pyramid, and admired the ingenuity of the ancient Egyptians in sculpting the Great Sphinx.


At the end of the visit, members of the team's mission took memorial photos in the panorama and in front of the Sphinx.


The team also visited the Egyptian Museum in Tahrir, where they toured the museum’s various galleries.


Director General of the Museum Sabah Abdel Razzaq said that they were impressed by the statues of King Khafre, RaHotep, Nofret and Seneb.


They also saw the King Tutankhamun collection and expressed their great happiness to see the Golden Mask of the Boy King, which is considered a world-famous icon of ancient Egyptian antiquities.


They were also thrilled to see the largest statue in the museum of King Amenhotep III and Queen Tiye and their daughters. 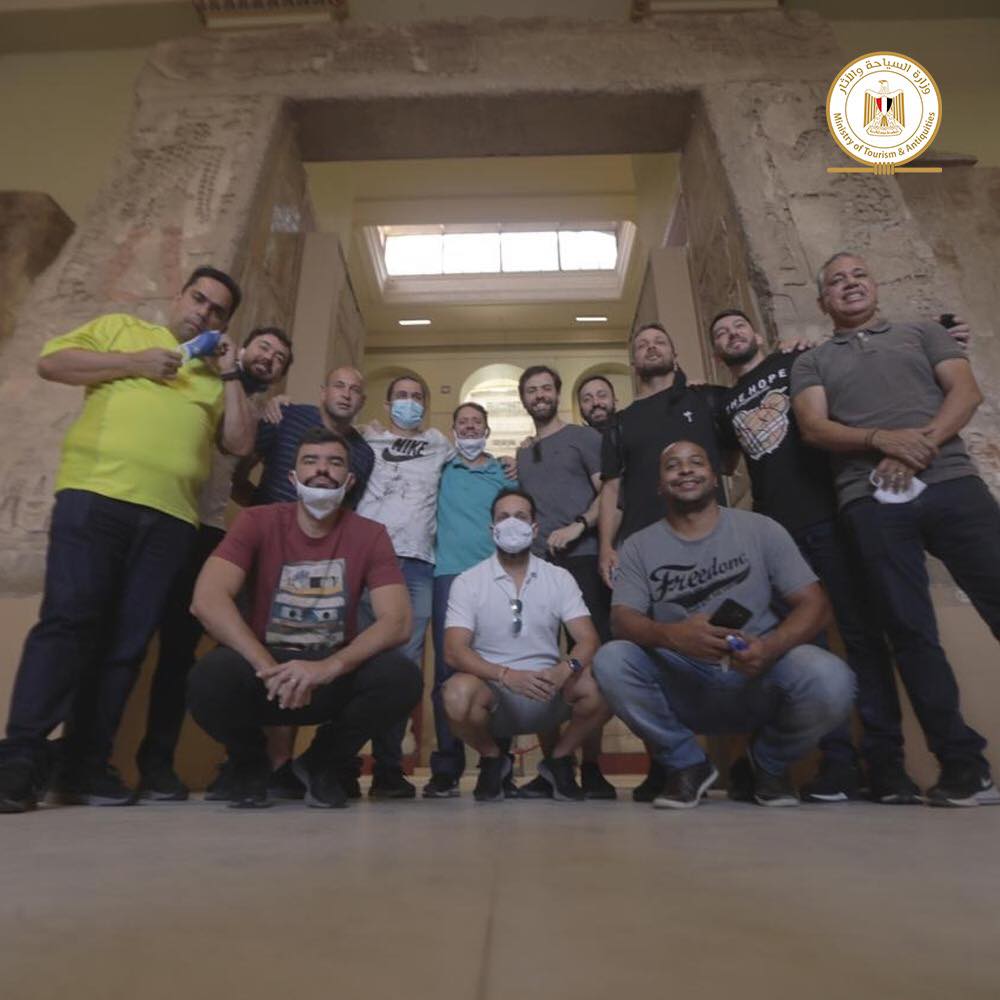 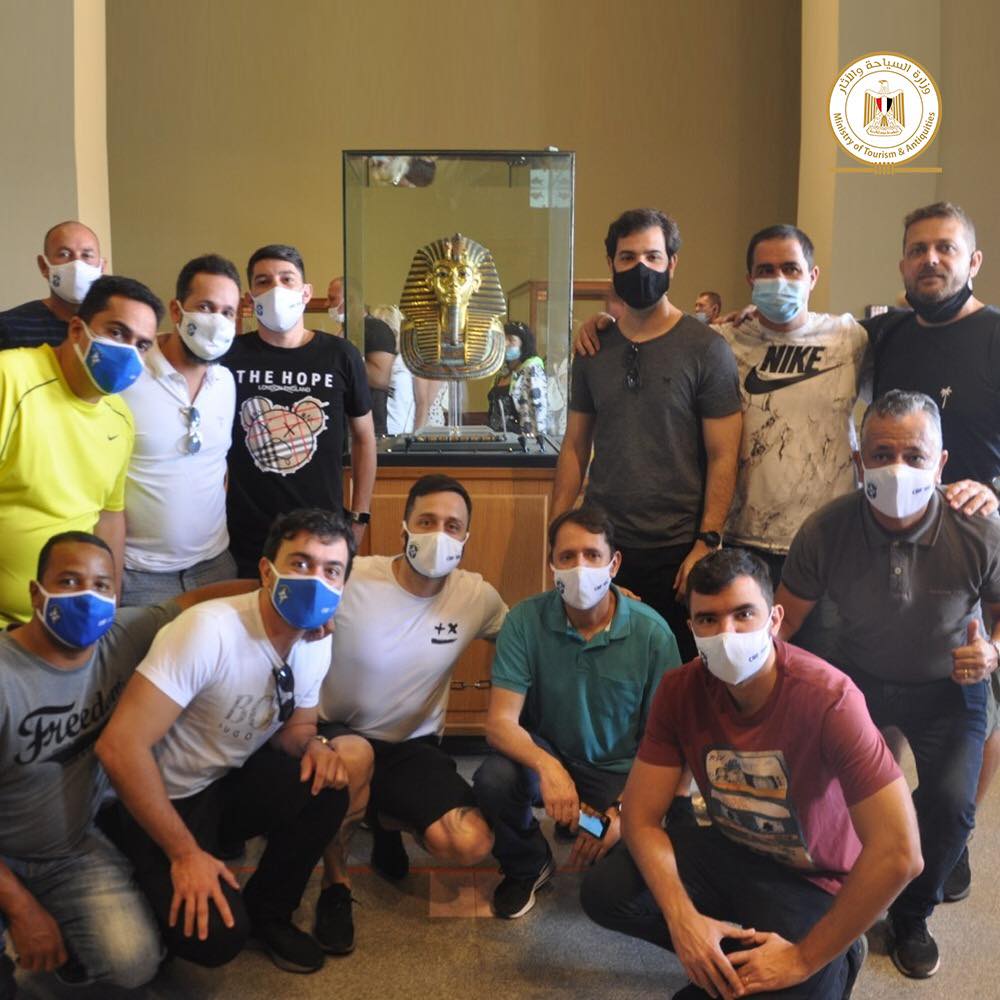 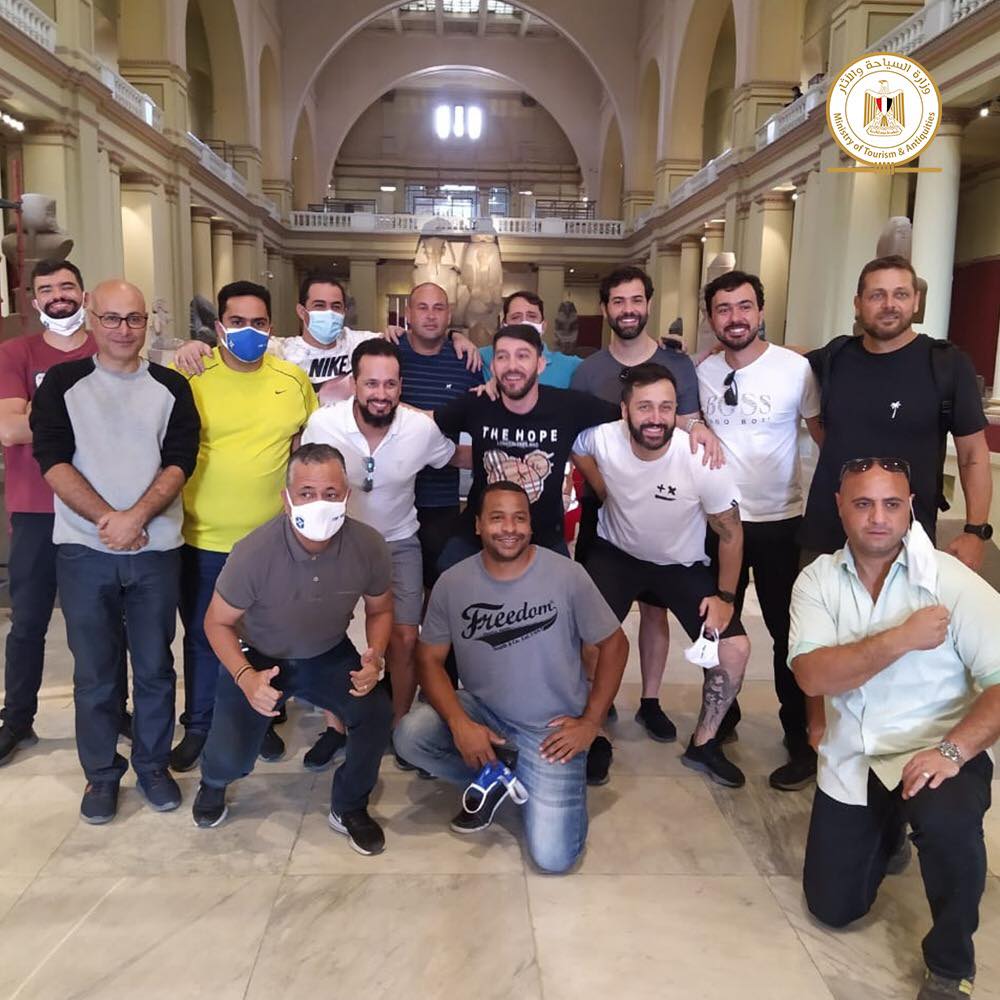