The Museum of Egyptian Civilization is a national project adopted by the state .. What does it include? 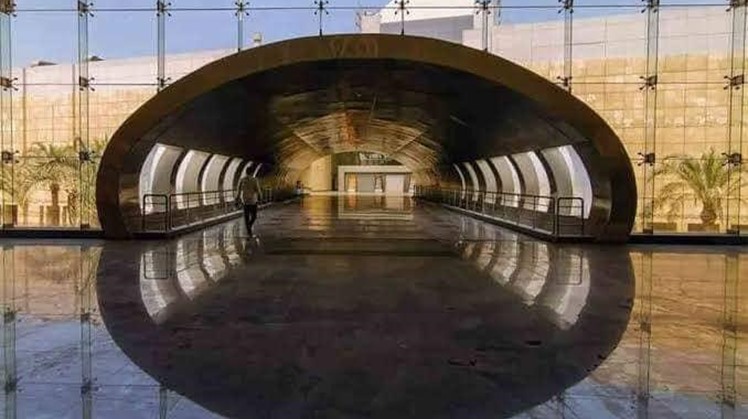 Tue, Oct. 27, 2020
The National Museum of Egyptian Civilization is one of the main projects adopted by the Egyptian state, as it is the largest museum of civilization in the world, and one of the largest international museums, as well as the only museum of its kind in Egypt, the Arab world, the Middle East and Africa, as it includes all the manifestations of wealth and diversity that civilization has enjoyed. Egyptian during different eras, starting from prehistoric times to the present day, and it will contain among its flanks very rare monuments.

The museum, with its archaeological and heritage collections, is rooted in the depths of history, successive cultures, history of kings, sultans, governors, rulers, religions, beliefs, aesthetic expressions, ages of brightness, eras of extinction, experiences and human experiences, as it takes its visitors on a unique journey through the eras of Egyptian history to learn about the long rich history of the world's oldest civilizations and the meaning The most accurate, oldest country in history.

Dr. Ahmed Ghoneim explained, in exclusive statements to "The Seventh Day," that the Civilization Museum deals with the intangible heritage, focusing on living habits, arts and crafts that the Egyptians used and still practice, and according to future visions of the remaining stages, which we are about to study, we achieve one of the most important goals of the museum, which is communication between visitors. It lays out the connotations of Egyptian civilization, represented by what can be added to the museum’s elements such as centers for industries, handicrafts and traditional arts, as well as exhibitions in which the products of these industries, crafts and arts are displayed, as well as the archaeological gardens planned to be implemented and also benefit from all that the surrounding environment provides, such as the unique characteristics of the lake And its effective impact in curing many diseases, and finally in the presence of real archaeological sites within and around the project's boundaries.

Dr. Ahmed Ghoneim added, the museum thus represents a new type of museums that goes far beyond the traditional museums in which the treasures and monuments are displayed for visitors to Egypt and others to see, so the most important goal of this museum is for everyone to share knowledge and communicate with the surrounding Egyptian environment and the archaeological and historical sites in and around the museum, as well as It allows visitors to get to know more about the Egyptian civilization and the cultures, sciences, values ​​and arts it has contained throughout the ages, and thus the National Museum of Egyptian Civilization is considered a pioneering museum that provides a new vision of the heritage, preserves it and makes it alive, interacting with its visitors and influencing them.