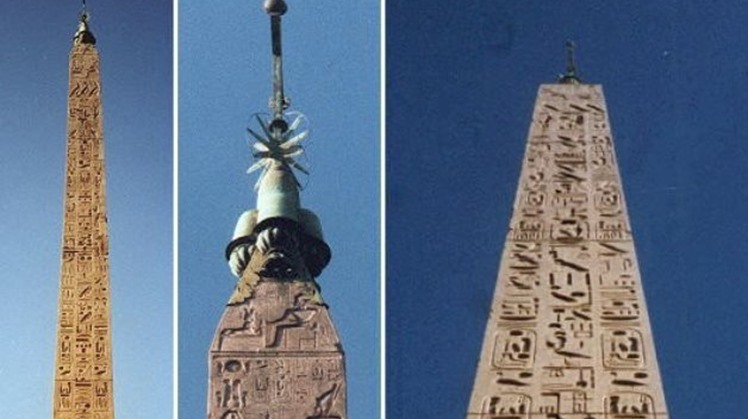 Sun, Oct. 11, 2020
The Grand Egyptian Museum -in cooperation with a specialized company- conducted a performance trial to start the process of transferring one of the three parts of the obelisk of King Ramses II from San el-Haggar area in Sharqiya.

This comes in preparation for installing the obelisk in the place of its permanent display in the outer yard of the Grand Egyptian Museum.

Atef Moftah, the general supervisor of the Grand Egyptian Museum and the surrounding area, has denied the groundless rumors circulating about the fall and collapse of the obelisk, as the obelisk - simply - has not yet been erected.

He explained that only an audition was carried out to move one of the three parts of the obelisk, but due to the cracks and tiny holes found on the obelisk, miniscule parts have been separated, stressing that all work is done in an organized and scientific manner to preserve this precious artifact.

Moftah further emphasized that there is no room for error or coincidence in the restoration and transfer of this part of the obelisk or any other artifact, as only specialists perform this task.

According to Moftah, specialized companies are hired to transport huge artifacts that need special equipment under the full supervision of the staff of the Grand Egyptian Museum.

On the other hand, Moftah clarified that engineering and archaeological studies on the obelisk have indicated that the obelisk was moved from the ancient site in San el-Haggar area and was divided into three parts. The three pieces were received in an official record.

Accurate scientific and archaeological studies have also been made on it, according to Moftah, to know the state of its preservation, and to understand all the surrounding conditions, before starting the restoration, collection and installation works.

He added that the Faculty of Engineering, Cairo University conducted an integrated engineering study on the obelisk’s body and a careful research on how to erect it.

The obelisk will be assembled and erected soon, after ensuring that all the necessary geological, archaeological and engineering research and studies have been completed, following the restoration work of the three links of the obelisk.