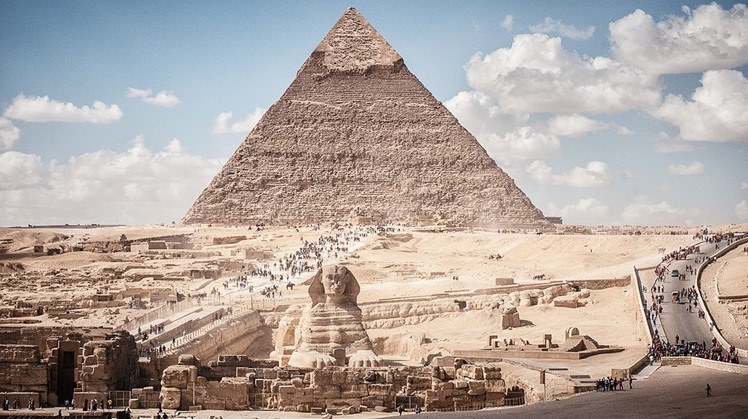 Sun, Jun. 21, 2020
The British newspaper, Express, published a report about an American archaeologist that announced she had found two sites of undiscovered pyramids in Egypt, thanks to satellite images.

The American archeologist added that the two sites are located along the Nile basin, 90 miles apart, and that both of which contain unusual hills.

Furthermore, the American archeologist has strangely claimed that she has spent 10 years studying Google Earth to locate the two lost pyramids in Egypt and revealed that one of these two pyramids is three times the size of the Pyramid of Cheops, the largest of the Great Pyramids of Giza.

The first site is located next to the Nile in Upper Egypt, 12 miles from the city of Abu Sidhom, and contains a four-sided shape with a width of 140 feet.

The second site is located 90 miles north and includes a triangular plateau with a width of 620 feet, that is, nearly three times the size of the Cheops Pyramid in Giza, making it the largest discovery ever.

According to RT, the archeologist wrote on Google Earth Anomalies in 2012, "After careful examination of the composition, this hill appears to have a very flat surface and has formulated an oddly symmetrical triangle that has severely eroded over time.The second site contains a distinct square center, which is very unusual for a hill of this size and looks semi-pyramid like when seen from above. It is very clear what the sites may contain, but field research is needed to verify that they are in fact missing pyramids.”

James Harrell, professor of archeology at the University of Toledo, told Life Sciences, these discoveries are examples of natural rock formations that may be confused with archaeological features provided there is no burden on any archeology or geology; in other words, the pyramids are only wishful thinking by an ignorant observer with excessive imagination.