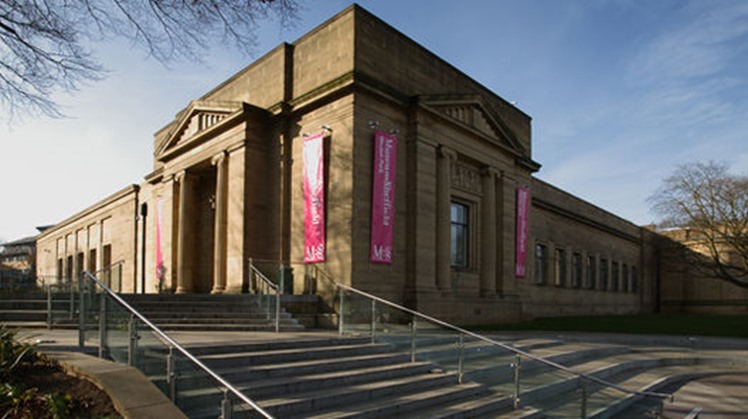 Wed, Feb. 12, 2020
A new gallery at Weston Park Museum in Sheffield is dedicated to ancient Egypt, with more than 300 objects going on display.

The permanent gallery opening on Saturday, February 15 replaces the Arctic World display, which was looking a bit tired after 14 years, said curator of archaeology Martha Jasko-Lawrence.

The museum’s much-loved polar bear Snowy, who even has her own Twitter social media account and a range of souvenirs in the gift shop, has now moved to a new display in the What On Earth natural history gallery.

“We wanted to refresh this gallery with something new,” said Martha.

“This subject was one of our most popular schools workshops. People are always interested in ancient Egypt.

“We had a collection of ancient Egypt objects as soon as we opened the museum in 1875.”

She said that the entire collection, which totals more than 1,000 objects, came from 12 donors, which shows how popular Egyptology has always been.

Martha added: “We’ve tried to bring that through in the display by having labels talking about the contributors.

They include John Garstang, who worked with one of the most famous British Egyptologists, the archaeologist Sir Flinders Petrie, in 1899.

Five years later John Garstang founded the Liverpool Institute of Archaeology and a museum in the city is named after him.

Another prominent collector whose objects are on display is William Bragge, who was Master Cutler in 1870.

Sheffield vicar the Rev Greville Chester, who sold lots of artefacts to the British Museum and the Ashmolean in Oxford, had been advised to go to Egypt for his health.

He got interested in the country's ancient history while there and became a prominent 19th-century Egyptologist and collector.

Two mummies and other objects on display will be familiar to visitors to the museum’s Treasures gallery, which has also closed.

However, Martha said that setting up the new gallery has allowed many items that have been in storage for a long time to go on display.

“We’re trying to talk about the lives of the people in the sarcophagus – their dress, jewellery, make-up and life at home, as well as religion, mummification and burial.”

One of the mummies on display in her coffins is Nesitanebetasheru, who died as a middle-aged woman.

Visitors can now walk all the way around her highly-decorated outer coffin and see that even the foot of it was ornately adorned.

Martha said that it is better for the preservation of the mummy for the coffin to be displayed horizontally, rather than upright as before.

The gallery will include some fun, interactive elements such as a chance to build your own pyramid and to spell out your name in hieroglyphics.

Some items come from other collections such as a stuffed ibis from the natural science collection.

The large wading bird with its long, curved beak was sacred to the ancient Egyptians and was associated with Thoth, who was the god of writing and wisdom.

Just one group of tombs in the Nile Valley where new discoveries have just been revealed was found to contain thousands of mummified ibis.

A painting of the Temple of Medinet Habu in Upper Egypt that came from the fine art collection has been restored and repaired before it goes on display.

Martha said that the display aims to span the whole of the period of ancient Egypt, right up to Roman times and beyond to the Byzantine Empire, which is thought to date back to 330 AD.

Some textiles on display from the Byzantine period are much newer than other objects from the collection but they are still 1,500 years old.

There is a lot of anticipation about the new gallery, said Martha. “People have definitely been very excited about it and asking when it’s going to open. I think it’s a really popular subject with a lot of people.”