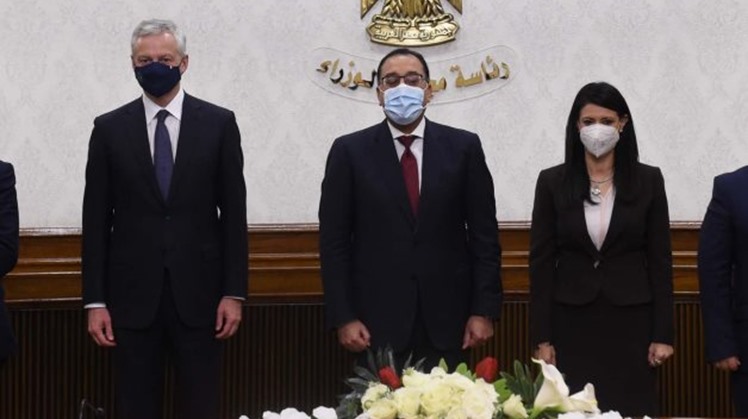 Egypt is studying a number of projects that represent promising opportunities for future partnership with France, especially in the fields of water treatment and irrigation, said Egypt’s cabinet in a statement on Sunday.

The French Minister of Economy revealed a road map for cooperation in the field of transport, as France would finance a project to renew the first line of the Cairo metro and to establish the sixth line of the metro, besides operating and maintaining the third line of the subway and the electric train (Al-Salam - Tenth of Ramadan ).

He also added that his country provided Egypt facilities on soft loans within the framework of the road map, which will include exempting Egypt from the "risk guarantee fees”, as a result of the stability and confidence that Egypt currently enjoys.