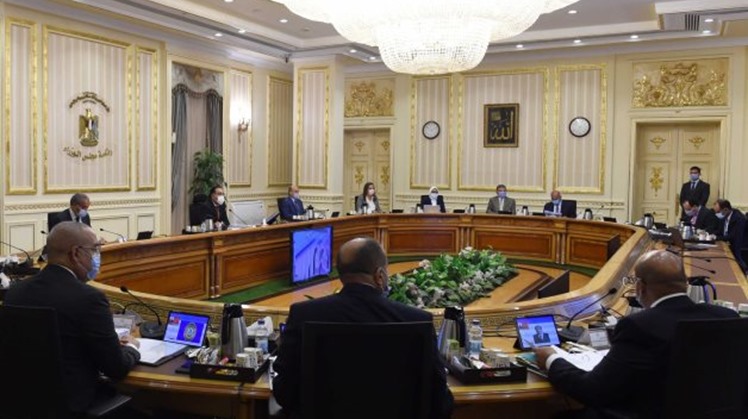 Thu, Sep. 17, 2020
CAIRO – 17 September 2020: Egypt's Minister of Finance Mohamed Maeet has reviewed a report issued by the New York-based financial firm Goldman Sachs on Egypt, saying that the report has made it clear that the Egyptian economy is robust and is growing in a way that makes it among the strongest in developing markets.

In a ministerial meeting on Thursday headed by Prime Minister Mustafa Madbouli, Maeet said the report affirms that the partial closure Egypt had imposed in light of the coronavirus crisis, in addition to the great efforts exerted by authorities, have spared Egypt further harm to economy.

He also highlighted Egypt’s success of the economic program it has executed since 2016, which led to a fast response by the International Monetary Fund (IMF), to agree on rapid Financing Instruments (RFI) package providing financial support to the Egyptian economy.

Madbouli said the positive indications reflected by international firms on the positive situation of the Egyptian economy is a certificate of trust that confirms Egyptian President Abdel Fattah El Sisi’s Wednesday remarks, where he affirmed that Egypt has taken the right path.

In its report, the leading financial firm lauded all Egyptian government's arduous efforts that saved the country's economy from bearing the brunt of a recent economic fallout, state’s news agency MENA reported.

The report expected a recovery of tourism sector in the third quarter of 2021 and an increase in Egyptian expatriates’ money transfer within the coming period.

It also forecast that inflation rate will remain at 4.5% within the coming two months. It also expected that an improved hard currency inflows will see a stable EGP.

The group believes that interest rate in Egypt, ranging between 6.5 to 7.5%, is one of magnet economic tools worldwide compared to the 0.5 and 1% interest rate offered by Egypt's peers, a step that encourages foreign investors to pump money in market.