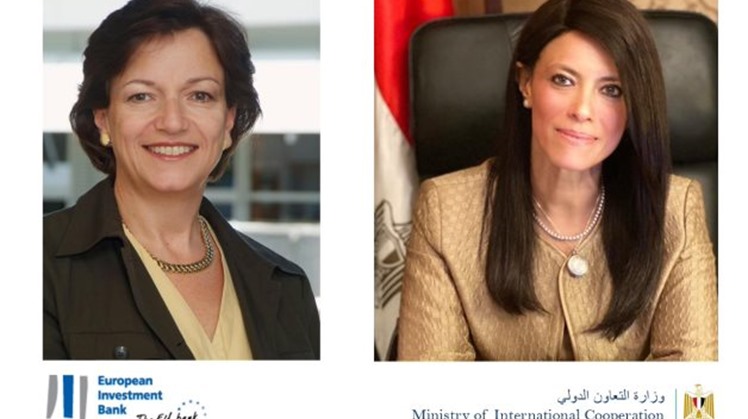 Sun, Aug. 9, 2020
CAIRO – 9 August 2020: Egypt discussed Sunday with the European Investment Bank (EIB) activating €1.1 billion funding that has recently been approved to finance three projects for the National Authority for Tunnels, according to Ministry of International Cooperation.


The discussion came during a meeting between Minister of International Cooperation Rania Al-Mashat with Director for Neighboring Countries at the European Investment Bank, Flavia Palanza, and Head of the European Investment Bank Representation for the Near East Alfredo Abad to discuss the future cooperation framework between the Bank and Egypt in priority sectors to achieve sustainable development, particularly in transport, agriculture and health.


Al-Mashat noted that the meeting outlined the next steps to put into action the funding that has recently been approved worth €1.1 billion, financing three projects for the National Authority for Tunnels, namely the development and expansion of the Raml tram in Alexandria, the Abu Qir railway line in Alexandria as well, and the second line of the Cairo Metro.


Al-Mashat added that the meeting discussed the potential cooperation in the agricultural sector, which comes within the framework of the GoE’s plan to vigorously develop the sector, in addition to future agreements in the health sector for additional support to overcome COVID-19.


It added that the meeting is a result of the Ministry of International Cooperation’s Multi-Stakeholder platforms; that aims to strengthen partnerships with multilateral and bilateral development partners for achieving value - centric results through regular interactive and participatory consultations with all partners and line ministries, with the aim of achieving the UN SDGs.


The Board of Directors of the EIB also recently approved the allocation of €670 million to support countries in the southern Mediterranean region to combat the negative effects of the COVID-19 pandemic.


Minister Al Mashat added that the future cooperation falls under the Ministry’s Global Partnerships Narrative that focuses on three pillars: ‘People at the Core’, ‘Projects in Action’ and ‘Purpose as the Driver’.


For her part, Director of Operations for Neighboring Countries at the EIB Flavia Palanza, expressed her appreciation for the strong bilateral strategic partnership relations between the bank and the Government of Egypt through the Ministry of International Cooperation, stressing that the EIB is ready to continue providing financial and technical support for Egypt’s development plans, with a focus on sustainable infrastructure and social inclusion.


During the first half of this year, several agreements were announced with the European Investment Bank, including an agreement worth €122.7 million for water and transportation sectors, and € 100 million for Banque du Caire to support small and medium enterprises. Currently, the cooperation portfolio between Egypt and the EIB amounts to around € 4.8 billion, with a diversified portfolio that targets several sectors, including transport, water and sanitation, energy and small and medium enterprises.


The strategic relations between Egypt and the EIB dates back to 1979, which resulted in the implementation of a great number of developmental projects that serve societal needs, contributing to the achievement of the 17 sustainable development goals. This is in addition to agreements that support the private sector and small and medium enterprises, which amount to € 9.7 billion.