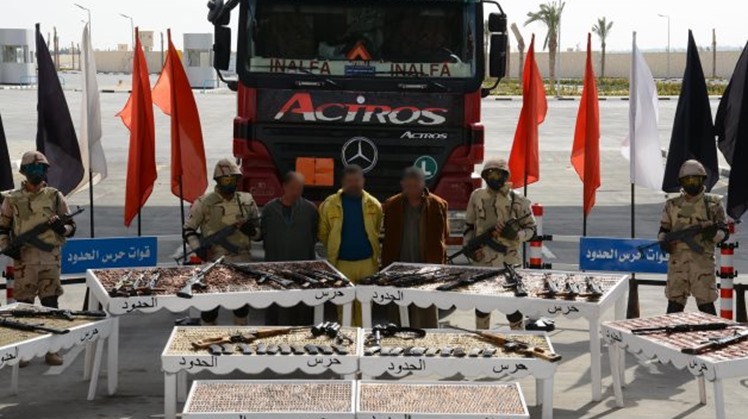 Wed, Feb. 23, 2022
CAIRO – 23 February 2022: The Egyptian Border Guard Force thwarted on Wednesday a trial to smuggle into the country large quantities of arms, ammunition, and technical equipment through the Suez Canal.

The illegal shipment was carried by a truck that was crossing the Suez Canal on a ferry, and it was hidden in barrels and covered with ice, as indicated by the Egyptian Armed Forces' press statement.