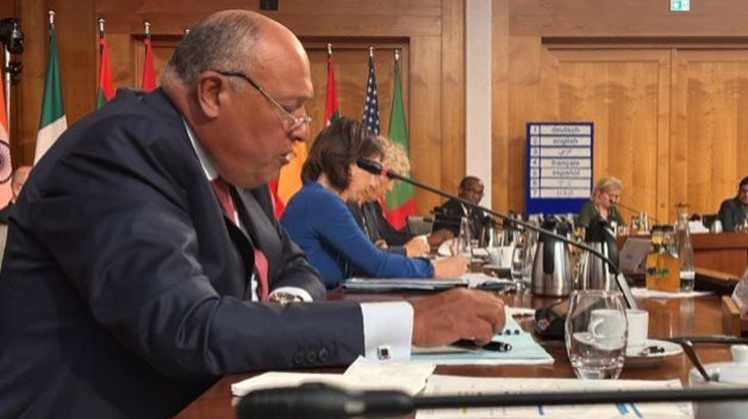 Shoukry warned that the continuity of the status quo regarding the mega dam represents an element of instability that threatens the interests of the peoples of the region, not only now, but also of the next generations.

The foreign minister highlighted Egypt’s fixed stance adhering to the need to reach a comprehensive agreement on GERD as soon as possible.

In August, Ethiopia implemented the third filling of its mega dam despite Egypt and Sudan’s rejection of the step unless a binding agreement on the filling and operation of the dam is reached.

The step came a month after Shoukry sent a letter to the president of the UN Security Council to express Egypt’s formal objection to Ethiopia's measures to unilaterally continue filling GERD without reaching an agreement with the two downstream countries.

In his letter of complaint, Shoukry expressed Egypt's total rejection of the Ethiopian approach, which represents a clear violation of the 2015 Declaration of Principles Agreement and the applicable rules of international law.

He added that these rules obligate Ethiopia, as the upstream country, not to harm the water rights of downstream countries.

Egypt, through the negotiations that took place over the past years, has sought to reach a fair and equitable agreement on the GERD. However, Ethiopia has foiled all the efforts made in this regard to resolve this crisis, the foreign minister said in the letter.

While Egypt sticks to the need to reach an agreement on the Renaissance Dam that achieves the common interests of the three countries, the Egyptian State will not tolerate any prejudice to its rights or water security or any threat to the Egyptian people, for whom the Nile River represents its lifeline, he added.

Egypt renewed its demand for Ethiopia to comply with the rules of international law and principles governing transnational waterways.

Cairo holds Addis Ababa fully responsible for any significant harm to Egyptian interests that may result from Ethiopia's violation of its obligations, he added.

Egypt asserts its legitimate right guaranteed in the UN Charter to take all necessary measures to protect its national security against any risks posed by Ethiopia's unilateral measures in the future, the foreign ministry spokesman concluded.