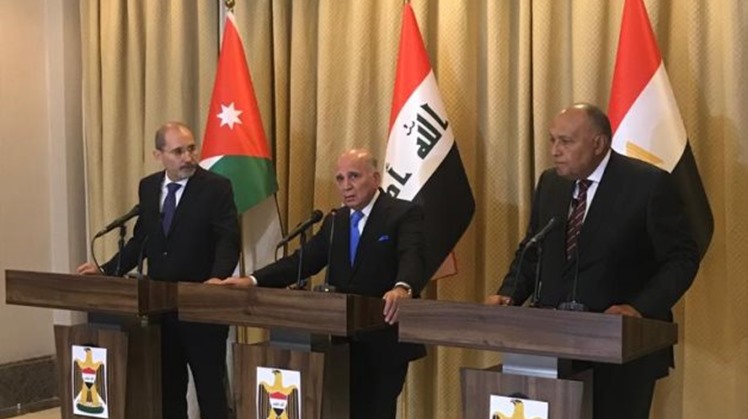 During a joint press conference with Jordanians and Iraqi counterparts, Shoukry said that the tripartite meeting discussed regional and international developments that affect the region’s stability and security.

Shoukry stated that Egypt is looking forward to improving cooperation relations with Iraq and Jordan.

The keenness of the three countries' political leaderships to enhance cooperation comes to serve their peoples' interests, Shoukry said.

The meeting comes as part the official visit of the Shoukry and Jordanian Ayman al-Safadi to Iraq for talks on building on the decisions and recommendations taken during the summit meeting between the leaders of the three countries.

The visit of Shoukry and Safadi to Iraq is part of the periodical consultations and coordination among the three countries as well as efforts to activate the trilateral mechanism of cooperation among them.