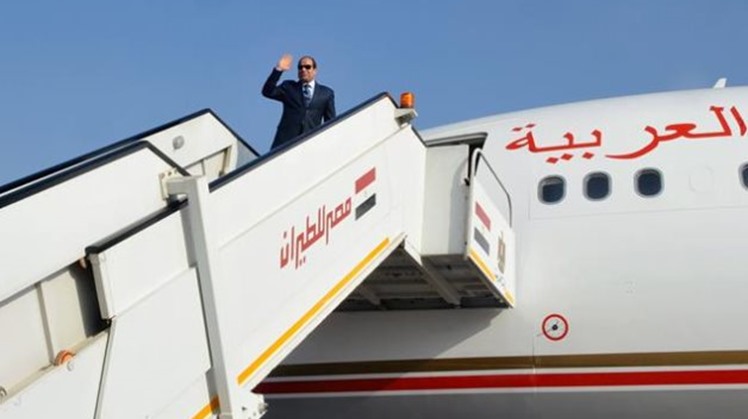 In a Wednesday press conference with the Hungarian Prime Minister Viktor Orbán, Sisi thanked him for the invitation to the participate in the Visegrád Group (V4) summit for the second time and for the positive talks they held, expressing deep respect for Orbán for his vision and ability to understand matters in Europe and the Mediterranean.

He also thanked Orbán for his support for Egypt that began early on since 2011 and for his trust that Egypt would be able to bounce back. Sisi invited him to visit Cairo when the New Administrative Capital is inaugurated so he sees for himself the extent of achievements in the country, as this inauguration would be a "declaration of a new republic" after difficult years.

The Egyptian president said they agreed on a strong push for cooperation in agriculture, tourism, and industry so Egypt benefits from Hungary's expertise and technology, adding that the country “needs this kind of cooperation.

During a meeting with Hungarian President János Áder in Budapest on Tuesday, Sisi stressed that Hungarian companies have great potentials to invest in Egypt and make use of the modern infrastructure in the country to increase their investments in Africa.

Áder, for his part, praised the great development projects being established in Egypt in various fields, saying Hungary is keen to support Egypt in its development efforts through exchanging expertise and joint investments.

The Visegrad Group – which groups Poland, Slovakia, Hungary and the Czech Republic – was formed in 1991 with the aim of having member countries work together in a number of fields of common interest within the all-European integration.

Egypt was the first Middle East State and the third non-member State to be invited to participate in a Visegrad Group summit – after Japan and Germany.