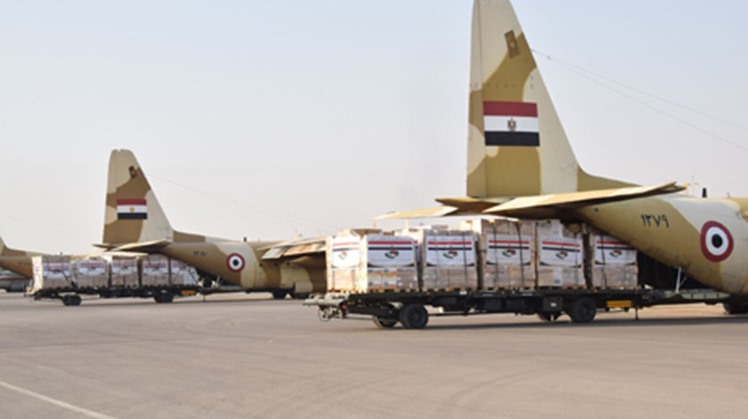 According to the Egyptian army’s statement, two military cargo jets carrying tons of medical aids went from east Cairo military base to Sabha airport in Libya.

In February, Egypt sent a plane loaded with medical and food supplies to the Lebanese people, within the framework of the Egyptian air bridge to support and assist Lebanon, according to a statement from the Lebanese Ministry of National Defense.