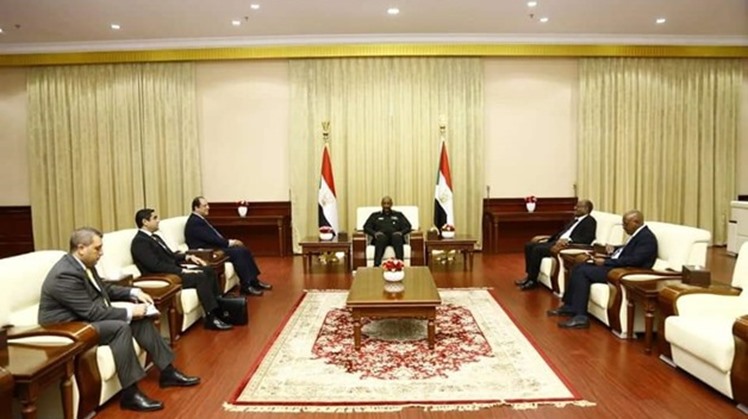 Sun, Oct. 4, 2020
CAIRO – 4 October 2020: Egypt's government headed by Prime Minister Moustafa Madbouly participated on Saturday in the final signing of a peace agreement between the Sudanese transitional government and the revolutionary front and other armed movements.

Under the directives of the Egyptian President Abdel Fatah al Sisi, a high-level Egyptian delegation flew to the South Sudanese capital of Juba to participate in the signing of the agreement.

Here is the Egyptian cabinet’s statement on the historical even:

“The Egyptian Arab Republic welcomed the final signing of the “Juba peace agreement” on Saturday, October 3rd between the transitional government ruling the Sudanese republic and the revolutionary front and the armed movements. Egypt praises the honest efforts exerted by the South Sudanese mediation to reach such agreement.

Egypt stressed that the signing of the peace agreement represents a significant step in the efforts spanning several decades to realize a comprehensive peace in all parts of brotherly Sudan, and a new bright beginning for its ancient history, in which all the efforts of its people of different sects and national currents unite to work on Sudan’s development and prosperity.

Egypt also asserted its government and people’s support and complete solidarity with Sudan amid this critical moment of its history, and it will not save any efforts to support the stability, prosperity, and development in all the Sudanese parts, to meet the legitimate aspirations of the Sudanese people for a better future.

This is in the context of the unity of destiny and the bonds of brotherhood and solidarity that have brought the two countries together since ancient times.

Egypt signed as a witness to the historical peace agreement.”