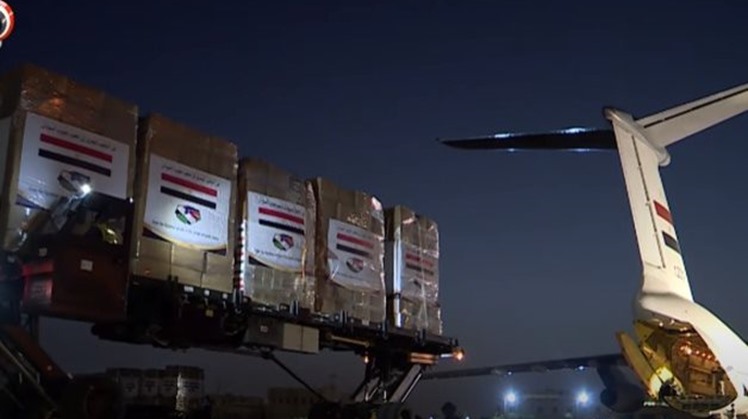 Tue, Sep. 8, 2020
CAIRO – 8 September 2020: Egypt will send an airlift of relief supplies to Sudan, as a contribution to support Sudanese people in the face of torrential rains and flooding that hit several parts of Sudan recently, killing dozens of people and damaging over 100,000 houses.

This comes upon the directives of Egypt’s President Abdel Fattah El Sisi this week.

A military aircraft carrying foodstuffs and medical supplies on Monday left Egypt for Sudan’s capital of Khartoum to support those affected by the natural disaster.

In addition, a similar aircraft carrying foodstuffs, medical supplies and waterproof tents has also left here for Juba to help reduce the humanitarian burden of the disaster, which left nearly 100 people dead and over 50 others wounded and destroyed several buildings, state’s MENA reported.

Egypt’s Minster of Health Hala Zayed is set to arrive in Sudan, Tuesday, heading a delegation of 20 doctors in various specialties, nurses and specialists in epidemic control, accompanied by medical supplies and medicines.

The Egyptian Chargé d'Affairs to Sudan, Nader Zaki explained in statements that the Egyptian medical team will remain in Sudan until they are reassured that the current crisis, caused by the torrents and floods that struck Sudan, has subsided.

“This visit comes considered to be a symbol for Egypt’s support and solidarity with Sudan” Amal Al-Fateh, Director General of the General Administration of Global Health at the Sudanese Ministry of Health said, thanking Zayed for her visit.

“We are greatly overwhelmed with the Egyptians love and support which reflected on social media” Saleh said in statements to TEN channel, Sunday.