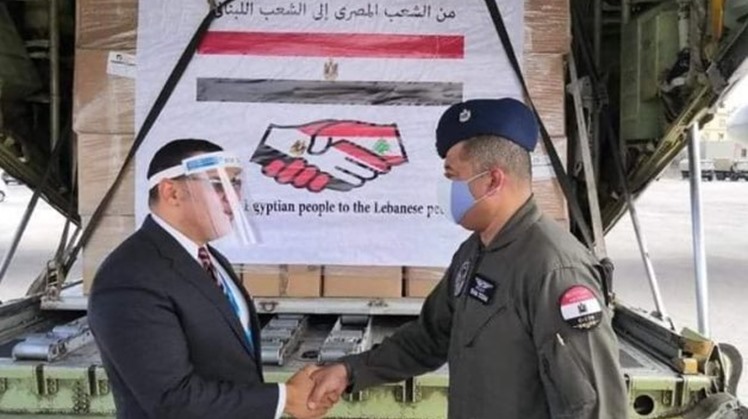 During the meeting, the two officials discussed political developments in Lebanon on the economic and political levels. They affirmed that several reforming steps should be taken to allow Lebanon to restore its position and role in the region.

The 13th and 14th aid planes touched down in Beirut as part of an airlift ordered by Egyptian President Abdel Fattah El Sisi to help the Lebanese people overcome a crisis caused by the massive explosion that rocked the major port in the capital on August 4.

The flights carried about 30 tons of relief and food aid, as well as medical equipment offered by Egypt.

Egyptian Ambassador Yasser Elwi and Consul General Ahmed Emam were at the airport to receive the shipment.

Two days ago, two Egyptian planes carrying about 27 tons of relief assistance, foodstuffs, and medical supplies arrived in Beirut-Rafic Hariri International Airport provided by the Egyptian Church and Al-Azhar, in addition to civil society institutions that include about 11 entities.