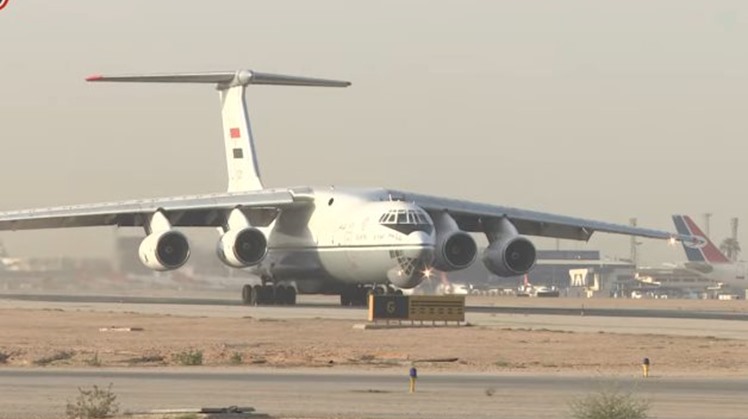 Wed, Aug. 5, 2020
CAIRO – 5 August 2020: Egypt will open an air bridge to send urgent medical aid to Lebanon, the Egyptian ambassador said on Wednesday, a day after a blast in the capital, Beirut, has reportedly killed at least 100 people and injured at least 4,000 others.

Huge fire was seen on Tuesday just before a deadly explosion took place at the same spot in Beirut, horrifying citizens and destroying houses. The horrible explosion, which has been easily recorded by many citizens, was caused by a fire in a warehouse that housed an estimated 2,750 tons of ammonium nitrate, according to Lebanese Prime Minister Hassan Diab.

The newly-opened air bridge will carry the required medicine and medical supplies, a statement by the Egyptian Embassy in Lebanon said, quoting Ambassador Yusuf Allawi said.

Egypt will also send medical teams to participate in relief efforts, along with the efforts made by the Egyptian field hospital that is located in the Lebanese capital, the statement added.

This aid is sent by the Egyptian people, represented in the Egyptian government, the country’s top religious authority Al Azhar and a number of Egyptian civil society organizations, to their Lebanese brothers, the statement read.

“This is considered to be a precise reflection of the extent of official and popular Egyptian solidarity with the Lebanese brothers in their affliction, and an implementation of the Egyptian leadership’s decision to stand by the brotherly people of Lebanon, until they overcome this sorrowful disaster,” the statement added.

On Tuesday, Sisi expressed his sincere condolences and sympathy to the Lebanon people over the huge blast that rocked Beirut’s port.

“My sincere condolences and sympathy to our brothers in Lebanon over the tragic explosion that took place today in the Lebanese capital, Beirut. We pray to God to speedily recover the wounded and inspire the families of the victims patience and solace.” Sisi wrote on Twitter.

On Wednesday, Sisi offered his condolences to Lebanese counterpart Michel Aoun over the death of dozens in the explosion.

During a phone call, Sisi assured Aoun that Egypt stands by the side of Lebanon and is willing to offer any help for Beirut, Presidential Spokesman Bassam Radi said.

Al-Azhar, Egypt’s top religious authority, said its Grand Imam is following up on updates after the deadly explosion and is calling on all states to assist the Arab country.

“In the face of this humanitarian disaster, Al Azhar voiced its full solidarity with Lebanon and is calling on all Arab, Islamic and world countries to show solidarity and urgently give a helping hand to Lebanon, to overcome this ordeal and its harsh repercussions,” Al Azhar said in a statement published on its Facebook page.

The top Islamic institution also expressed its sincere condolences to the families of the victims, and wished the wounded people speedy recovery.

Egypt’s Foreign Ministry has also voiced deep concerns over the explosion in Beirut.

The ministry affirmed that “Egypt is following up on this update with total concern and is making the necessary contacts to know about the details of the matter and discuss how to assist sisterly Lebanon in this critical circumstance”.

The horrible explosion, which has been easily recorded by many citizens, was caused by a fire in a warehouse that housed an estimated 2,750 tons of ammonium nitrate, according to Lebanese Prime Minister Hassan Diab.

Egyptian Ambassador to Beirut Yasser Elwy communicated on Wednesday with a number of Lebanese officials to follow up on the aftermath of the deadly explosion.

Elwy also extended the condolences of the Egyptian people over the victims of the accident, stressing the full Egyptian solidarity with the brotherly Lebanese people in this hard situation.

During the contacts, the ambassador reviewed the activities of the Egyptian field hospital in Beirut, which already started yesterday to receive a large number of injured people.

Governor of Beirut, Marwan Abboud, told the AFP that the damage from the port blast has extended over half of the city, with the cost of damage likely above $3 billion.

He has also upped his previous estimate of the number of “homeless” to 300,000, which is close to the total population of the central part of the capital.