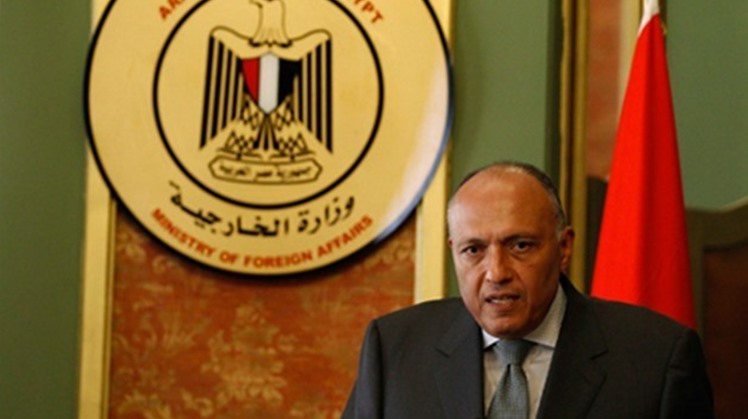 Wed, Jul. 8, 2020
CAIRO – 8 July 2020: Egypt’s Minister of Foreign Affairs Sameh Shoukry participates Wednesday via video conference in the meeting of the Foreign Ministers of the African Union Troika and Russia, according to spokesperson Ahmed Hafez.

“Happening now, FM Sameh Shoukry participates via video conference in the meeting of the Foreign Ministers of the African Union Troika and Russia, in order to discuss the different aspects of cooperation between the two sides.” Hafez tweeted.

On Tuesday night, Shoukry discussed with his British counterpart Dominic Raab, the latest development regarding the Grand Ethiopian Renaissance Dam (GERD), along with other issues of mutual interest between the two countries.

During a phone call, Shoukry stressed the need to reach a comprehensive, fair and balanced agreement between the three countries ‘Egypt, Sudan and Ethiopia’ on filling and operating the dam, while refraining from any unilateral action before concluding the agreement, in a manner that takes into account the interests of all parties.

Hafez stated that Shoukry praised during the call the positive developments witnessed between the two countries during the past years. He noted that Egypt prioritize its relation with Britain and aiming to work on these relations even more in the future on all levels of cooperation.