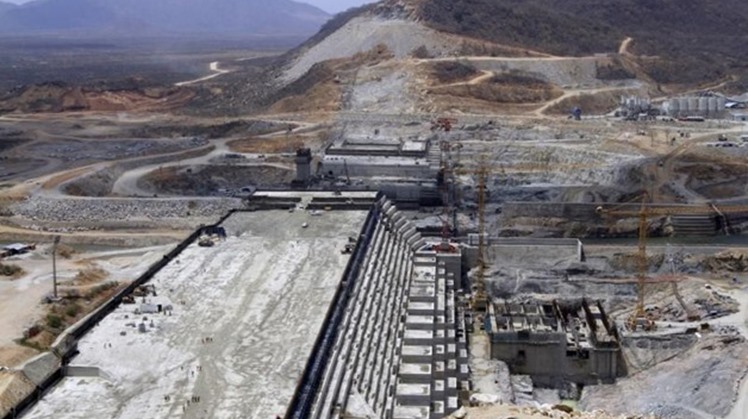 Thu, Jan. 16, 2020
CAIRO - 16 January 2020: After nine years of disagreements and discussions between Egypt, Sudan, and Ethiopia over the Grand Ethiopian Renaissance Dam (GERD), the three Nile countries finally achieved a breakthrough and agreed on an agreement concerning the technical and scientific problems on the dam construction.

Foreign Ministers and Water Ministers of the three countries held a series of three-day meetings at the US Department of Treasury in Washington on January 13-14 after they had reached a deadlock at the end of the US, WB-brokered discussions held in the period between November 15, 2019, and January 9, 2020.

At the end of the meetings which were attended by Secretary of the Treasury Steven Mnuchin and President of the World Bank David Malpass in Washington D.C. on Wednesday evening, the three countries reached an agreement on all different points regarding the filling and operation of the $4-billion dam, which locates on the Blue Nile.

“The Ministers noted the progress achieved in the four technical meetings among the Ministers of Water Resources and their two prior meetings in Washington D.C. and the outcomes of those meetings and their joint commitment to reach a comprehensive, cooperative, adaptive, sustainable, and mutually beneficial agreement on the filling and operation of the Grand Ethiopian Renaissance Dam,” they said in a joint statement.

Concerning the issue of filling the dam’s reservoir with water, the three countries agreed that the filling process will be implemented in stages to not cause any harm to the downstream countries of Egypt and Sudan. Firstly, the initial stage of filling will be conducted during the Nile wet season, generally from July to August [the annual season of Nile rainwater], and will continue in September, they said, adding that the filling process during this period will be “subject to certain conditions.”

It was also agreed that the dam will be filled with water, in the initial stage, to reach a level of 595 meters above sea level (m.a.s.l.) and to generate electricity for the Ethiopians, with taking “appropriate mitigation measures for Egypt and Sudan in case of severe droughts during this stage,” which was one of the main points of disagreement between Egypt and Ethiopia.

“The Ministers agree that there is a shared responsibility of the three countries in managing drought and prolonged drought,” the statement read.

Secondly, ُthe subsequent stages of the filling process will depend on the hydrological conditions of the Blue Nile by putting into consideration the level needed for producing the electricity for Ethiopia and adopted mitigation measures for Egypt and Sudan.

The dam operation was another point of contention between the three countries. However, the Washington meeting resulted in agreeing on the dam will be operated according to a mechanism “that determines release based upon the hydrological conditions of the Blue Nile and the level of the GERD that provides electricity generation and appropriate mitigation measures for Egypt and Sudan during prolonged periods of dry years, drought and prolonged drought.”

The three countries also announced that they will provide a mechanism and make conditions regarding the disputed points, adding that they will meet again in Washington D.C. on January 28-29 to “finalize a comprehensive agreement” on the controversial dam.

The disagreement between the three states dates back to May 2011 when Ethiopia started building the dam; Cairo has voiced its concerns that building the dam could harm its 55.5 billion cubic meters share as 80 percent of Egypt’s share comes from the Blue Nile and Ethiopian Heights, while Ethiopia says it is necessary for its development and electricity production. However, the three countries reached an initial deal, announcing the “Declaration of Principle,” per which the dam should cause any harm to the Nile downstream countries.

Points of disagreement between Egypt, Ethiopia on GRED: Spox of Ministry of Water Resources and Irrigation Mon, Jan. 13, 2020