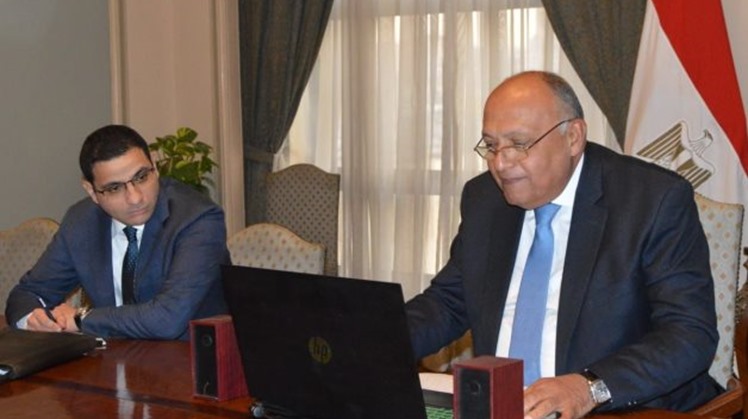 Wed, Jan. 26, 2022
CAIRO - 26 January 2022: Egypt's Foreign Minister and President-designate of the 27th Conference of Parties (COP27) Sameh Shoukry participated on Monday in the opening of the virtual Egypt-US forum on climate change organized by the American Chamber of Commerce in Egypt (AmCham).

Attended by US Special Presidential Envoy for Climate John Kerry, the forum comes as part of Egypt's preparations for hosting COP27 in November.

Shoukry called for building on the momentum attained at the COP26 held in Glasgow to fulfill commitments made by the world countries under the Paris agreement on climate change and reinforce international action to confront climate change at all levels, Spokesman for the Foreign Ministry Ahmed Hafez said.

Egypt will review climate change-related priorities in Africa during its presidency of COP27 later this year, the foreign minister noted.

Egypt will also seek to take serious steps to reduce emissions that cause climate change, the top diplomat noted.

He further praised the active role played by the US in global efforts to address the phenomenon of climate change.

Shoukry lauded a role played by the private sector and US companies in reducing the negative impacts of climate change and increasing investments in the fields of new and renewable energy and green economy.