Sat, Apr. 20, 2019
CAIRO - 20 April 2019: The US proposed peace plan to resolve the Palestinian-Israeli conflict dubbed the “deal of the century” is U.S. President Donald Trump's long-awaited peace treaty plan, and it does not include giving a portion of Egypt's Sinai peninsula to Palestinians, said US Special representative for international negotiations Jason D. Greenblatt in a tweet Friday.

Greenblatt dismissed "fake stories" about the peace plan. The details regarding the plan have not been announced. In his tweet, the US envoy advised people not to believe everything they read. 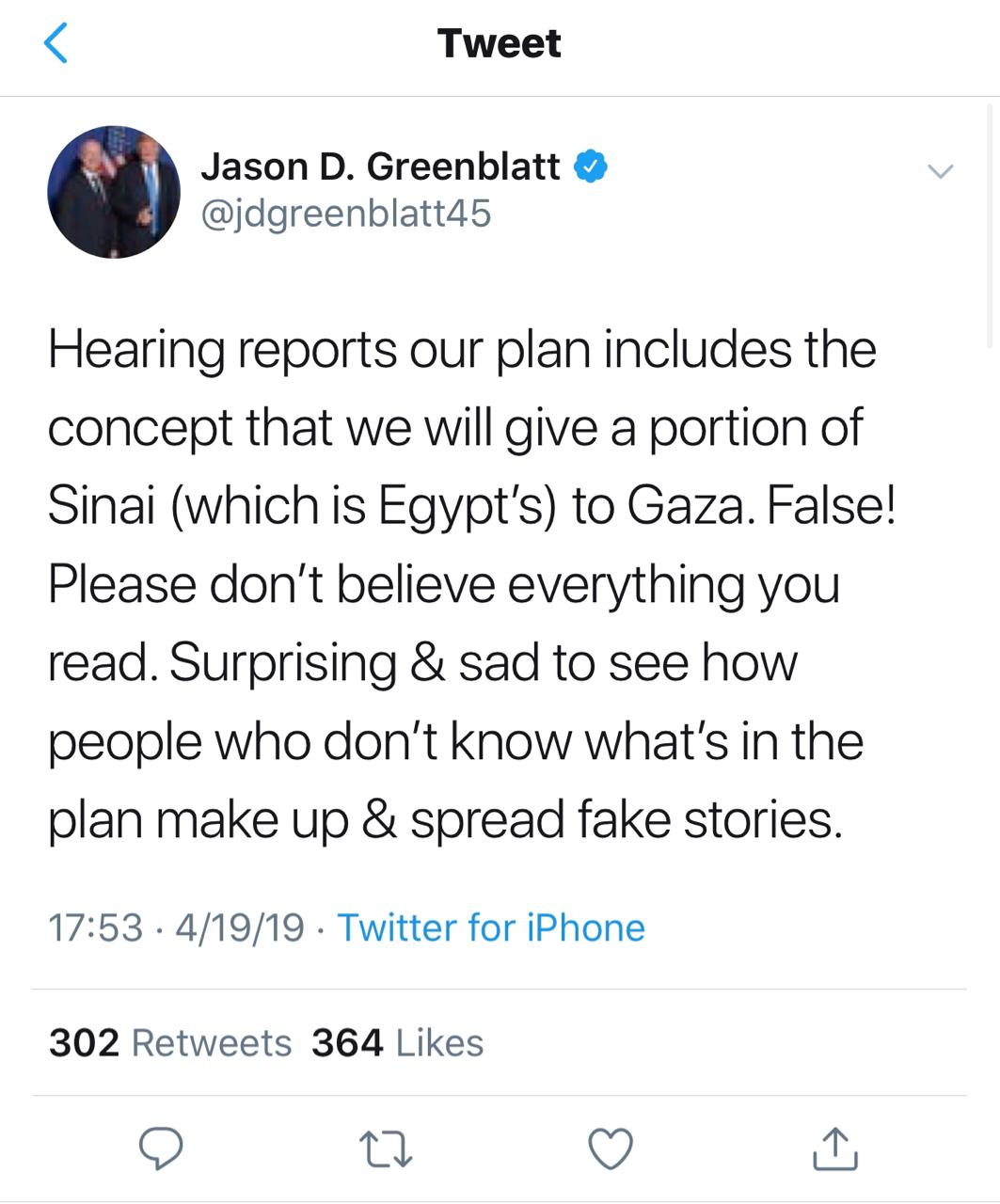 Jared Kushner, President Donald Trump’s son-in-law, and a senior adviser in the deal efforts, previously said that details about the plan would be released after April 9 elections in Israel; however, he did not determine a certain time.