Amb. to Egypt speaks about US ‘clear’ stance on Libya 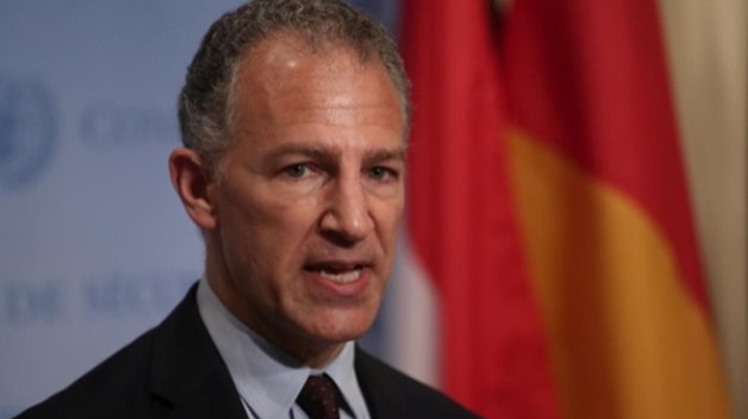 
Asked about the US position on Libya, Cohen said the US urges concerned parties to re-engage in political talks to bring a solution to the Libyan crisis under the UN auspices.

Concerning steps that the US has taken to help resolve the crisis, Cohen said the US is engaged in very active diplomacy and that US President Donald Trump and Secretary of State Mike Pompeo had conversations during the past few days with Egyptian President Abdel Fattah El Sisi and Egyptian Foreign Minister Sameh Shoukry about Libya.

“So, we will continue to engage and use the tools that we have. We also have a very active ambassador to Libya who meets with all the parties in the Libyan constellation, and we're giving strong support to the UN mission, which right now is led by a former colleague of mine and former American diplomat, so I think our position on Libya is clear.”


Cohen spoke about military cooperation with Egypt, saying the US has sent 50 billion dollars of US “investment” in Egypt’s military over 40 years, in hardware and in training.


“We're continuing to work as I mentioned on counterterrorism and border security. Two of our ongoing projects are providing border sensors along the western and southern borders so that Egypt can detect when any unauthorized aircraft vehicle, pedestrian or tunnel crosses the frontier, and we have provided about 1,400 Mine Resistant Ambush vehicles, the armored vehicles that our soldiers use in Afghanistan and in Iraq, and that's meant to protect the Egyptian soldiers from IED roadside bombs”


“We are of course aware of the struggle that Egypt is facing with terrorism in Sinai, and let me take this moment to again express our condolences to the families of the soldiers who've been killed in that effort”.


Concerning business, Cohen said the US companies are interested in Egyptian business opportunities, adding that he has been with the business leaders and the Egyptian government officials to try and see “if we couldn help bring them together because I think there are a lot of great opportunities for American businesses here.”


“So, I'm spending a lot of time talking to American business community representatives including AmCham (The American Chamber of Commerce in Egypt) and the US-Egypt Business Council and others, to make sure that they have an eye on the opportunities”.


Cohen served as an ambassador in Iraq and many other countries including France and Turkey. He was also the US acting representative to the UN.


In January this year, Cohen made remarks on his plans to promote US-Egyptian strategic partnership, giving highlights of his previous diplomatic and commercial engagement, and advocacy for US companies. The comments were during his meeting at the American Chamber of Commerce.


Below is a transcript of the US ambassador's speech:

At the AmCham meeting, Cohen said total US-Egyptian bilateral trade jumped over 44 percent to hit $8.2 billion from 2017 through this past November.


Cohen noted that US goods exports to Egypt recorded $5.2 billion, marking an increase of 30 percent over the past two years, adding that U.S. imports from Egypt hit $3 billion, up by 76 percent in two years.


“Equally important, Egyptian agricultural exports to the US reached a record-high two-years in row, in 2018 and 2019,” he stated.