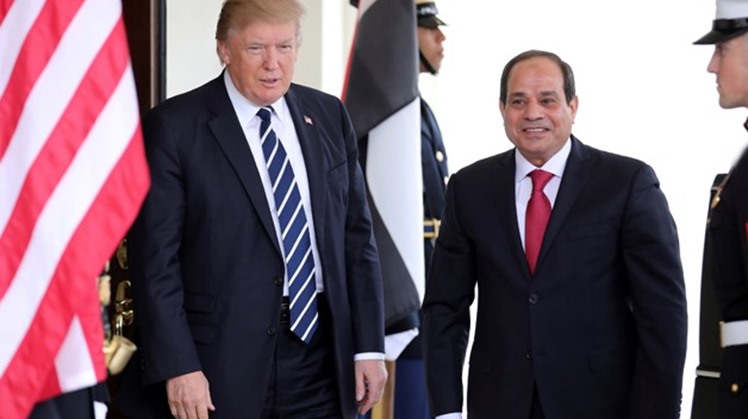 According to Presidency spokesperson Bassam Rady, both leaders’ exchanged opinions and views regarding the escalated situation, especially after announcing Cairo Declaration on June 6.

Trump welcomed the Egyptian efforts aiming at achieving political stability for the Libyan crises and to end the violent acts along with meeting the Libyans’ wishes and demands to live in peace and stability, Rady stated.

The phone call also tackled other issues including developments of the current situation of the Renaissance Dam and related tripartite negotiations.

A lot of countries have praised the Cairo declaration on Libya announced by President Sisi on June 6, to push for a ceasefire in the war-torn country.

British Minister of State for the Middle East and North Africa James Cleverly said on Sunday that the UK welcomes efforts by Egypt to encourage eastern Libyan leaders to support a ceasefire, but this must have a UN backing.

In a press release, the British Embassy in Cairo said that the Libyan National Army and the Government of National Accord need to engage urgently in the UN’s 5+5 talks, adding that this is the only path to an inclusive solution for the Libyan crisis.

Meanwhile, the Russian Embassy in Cairo welcomed efforts aimed at settling the conflict in Libya.

In a statement, the embassy said that the Egypt-led initiative is a step towards a comprehensive solution to the Libyan crisis that aims to achieve an immediate ceasefire, disband armed militias and pull foreign fighters out of the Libyan territory.

“We welcome all efforts aimed at settling the conflict and restoring peace in all the Libyan territory.”

Italy’s Prime Minister Giuseppe Conte on June 7 also hailed the Cairo Declaration on the Libyan crisis, saying it is consistent with the relevant international efforts.

Also, during a phone call, Monday with Sisi, Putin praised the Cairo Declaration as well as its timing and framework, which presents an integrated and constructive proposal to settle the crisis, and establishes Egypt's role as a basic pillar of security and stability in the Middle East.