The US ambassador thanks Abu Khalifa Hospital for Quarantine for its care of Americans. 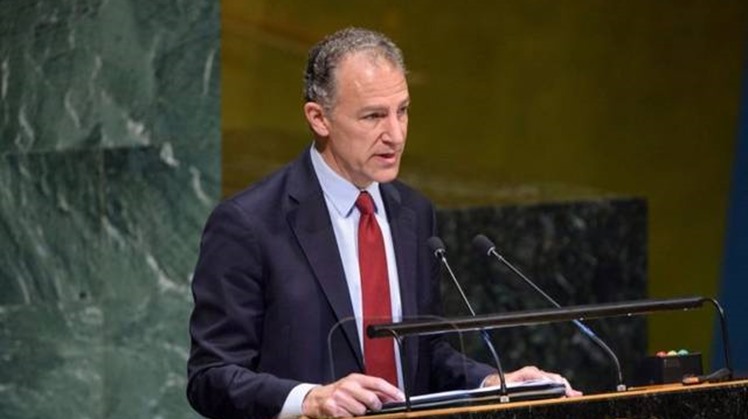 Sun, May. 31, 2020
The American ambassador to Cairo, Jonathan Cohen, sent a telegram of thanks to Dr. Ali Hatab, director of the Abu Khalifa Hospital for Quarantine in Ismailia, and the hospital's medical staff, for the good hosting and care of American citizens inmates, he said.

"We always emphasize the continued care of our patients and ensure their comfort with all our strength," said Dr. Ali Hatab, director of the Abu Khalifa Hospital for Quarantine in Ismailia, in response to the letter from the US ambassador to Cairo.

Abu Khalifa Hospital for Quarantine recorded the exit of "Marcel Barish", a 49-year-old American tourist, on April 21, after recovering from the Corona virus, which was also suffering from an artery clot, and he was given the gutter, his condition improved and he got out after recovering Completely.

The American tourist was keen, during his discharge from the hospital, to record a video and take some memorial photos with the hospital staff and medical staff, and thanked everyone for the good hosting during his treatment.

The decision to allocate Abu Khalifa Hospital to be the seat of the health reservation, in the event that anyone is suspected to be infected with the Corona virus, due to its efficiency and its processing at a high level, due to the novelty of the opening of the hospital, as it is the first emergency and accident hospital in the provinces of the Canal District and the Sinai, after rehabilitating and allocating it, with a card A total of 127 beds, including 37 beds intensive care equipped with the latest modern medical technology, next to 3 major operating rooms and an emergency operating room, 8 cardiac resuscitation rooms and private clinics for one-day surgeries, in addition to a 11-room hotel suite, doctors and nursing residence rooms, and a special laboratory section Radiology, and a large conference and lecture hall. 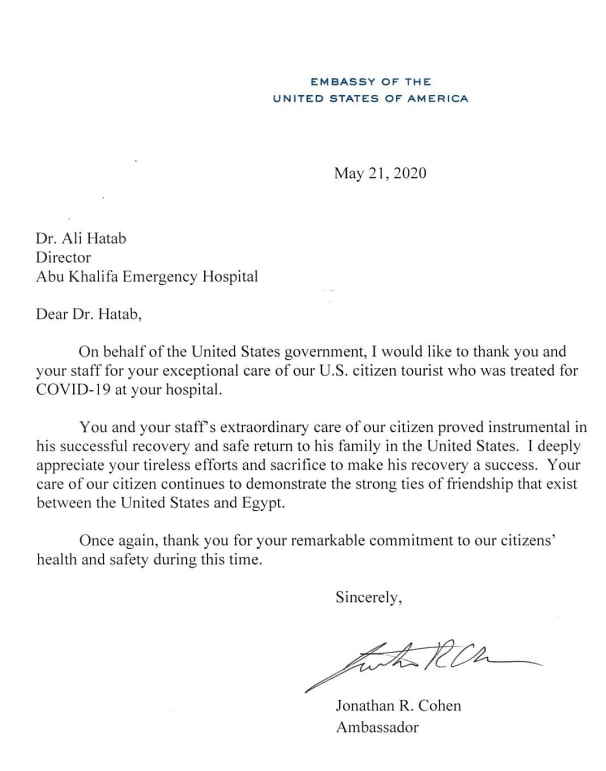