Renewing the strategic partnership between Egypt and the United States 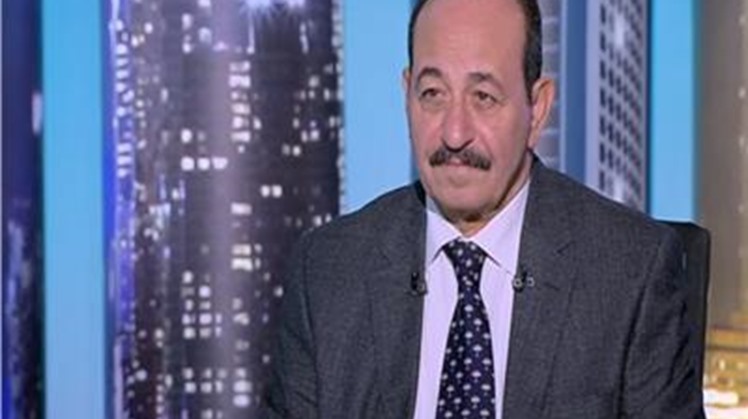 Wed, Mar. 9, 2022
CAIRO, 9 March 2022: The political and security partnership between Egypt and the United States has been a hallmark of the strategic landscape in the Middle East since the restoration of the relations between two countries in March 1974.

Although the relations between the two countries have witnessed some periods of tensions during the past five decades, however, they have always - and quickly - returned to their usual level.

The policy that Egypt has made a governing principle of its relationship with the United States since day one has been based on achieving regional stability through settling conflicts, ensuring security, respecting the sovereignty and independence of states, and curbing extremism.

These tenets of the Egyptian policy comprise the foundations of the "strategic understanding" that was reached between Egypt and the United States in the second half of the seventies of the last century.

Egypt persisted in resisting every time the United States deviated from agreed upon understandings until the correctness of the Egyptian position became apparent, thus allowing the two countries to return to cooperation on the basis of the shared agreements.

Most of the ten US presidents who have succeeded to the White House since the relations between the two countries were restored in the mid-1970s have shown both keenness on preserving relations with Egypt as well as an understanding of the foundations on which they were based.

However, some US presidents tried to insert incoherent policies into the relationship between the two countries that were both inconsistent with its foundations and also incompatible with the regional context that governs it.

There were two types of these incoherent policies that some US administrations came up with in the fifty years since relations between the two countries were restored.
First, these administrations viewed relations with Egypt, and the Middle East region in general, from the perspective of global politics and the relations of major powers, ignoring the specificities of the region.

Second, some administrations ignored the nature of the social structure, historical experience, and the distinctive cultural features of the Middle East, and tried to impose on the region institutions and values ​​derived from different civilizational and cultural experiences.

These policies strained Egyptian-American relations in certain periods. However, these periods of tensions were quickly overcome as the complex realities of the Middle East revealed the emaciated and unrealistic nature of these policies.

The foundations of Egyptian-American relations in their current form were laid down through the understandings that were reached between Presidents Anwar Sadat and Jimmy Carter in the late 1970s.

President Carter sincerely tried to reach a settlement for the Arab-Israeli conflict in its various dimensions, while Cairo supported Washington's efforts to reduce instability in the Middle East and Africa, especially after the communist coup in Afghanistan, Khomeini's Islamic revolution in Iran, and the Soviet invasion of Afghanistan.

The Middle East was extremely turbulent during the last third of the 1970s.
Therefore, restoring stability and strengthening the security of moderate governments against extremist pressures in the region became the foundations of the emerging partnership between Egypt and the United States during those years.

The irony is that Presidents Sadat and Carter, who laid the foundations for Egyptian-American relations, did not have the opportunity to manage these relations beyond the founding stage since Carter lost the US presidential elections in 1980, while Sadat was assassinated in October of the following year.

It fell on Presidents Ronald Reagan and Hosni Mubarak to complete what their predecessors had started but could not finish.

President Reagan was extremely enthusiastic about confronting the Soviet Union, which had greatly expanded its influence in the previous years. Reagan saw that the Soviet Union took advantage of the policy of appeasement and détente adopted by previous American presidents to expand at the expense of the United States.

As a result, President Reagan restored the atmosphere of the Cold War, and pressured Washington's partners to line up behind the American leadership in this global confrontation.

However, the Egyptian leadership saw that some of the demands made on Egypt by the Reagan administration went beyond the "understandings" that were reached during the founding stage of the relations between the two countries under Presidents Carter and Sadat.

What worried Egypt the most at this stage was the Reagan administration's lack of interest in continuing the Arab-Israeli peace process, and the United States' demand to obtain military bases on Egyptian soil, which Egypt considered a threat to its sovereignty, and a dangerous and unnecessary embroilment in the conflicts between the great powers.

Whereas Egypt resisted the pressures of the Reagan administration, Israel, on the other hand, took advantage of the opportunity and presented itself to the United States as a strategic asset and as an advanced base in the confrontation against the Soviet Union.
Tel Aviv and Washington signed an agreement for strategic cooperation, giving Israel access to highly advanced American military equipment and technology thus upsetting the relative balance that existed in the region until then.

The strategic value of the Egyptian-American cooperation became very clear for the United States in the early 1990s. In August of 1990, Iraqi President Saddam Hussein invaded and annexed the State of Kuwait.

Saddam Hussein had used all kinds of arguments derived from the doctrine of Arabis and opposition to Israel and colonialism to legitimize the occupation of a brotherly Arab country, and to delegitimize the efforts to confront it.

Despite the obviousness of the extreme opportunism of Saddam Hussein's arguments and policies, the Arab world - peoples and governments - was divided against itself on the issue.

Egypt's key role in defeating the Iraqi aggression against Kuwait provided strong evidence of its importance in maintaining the stability of the region, ensuring the security of its countries, and confronting extremism and destructive adventures.

A large part of Egypt's foreign debt was canceled after the country joined the international coalition. More importantly, Egypt's participation in this coalition came as part of a broader understanding with the administration of President George H.W. Bush whereby the United States committed itself to launching an Arab-Israeli peace process following the completion of the liberation of Kuwait.

Indeed, the United States honoured this commitment by convening the Madrid Peace Conference in late 1991 thus starting a political process that resulted in the signing of the Oslo Accords in 1993 followed by the establishment of a Palestinian national authority for the first time on the land of Palestine.

This was followed by the signing of a peace treaty between Israel and Jordan in 1994 and the acceleration of regional cooperation efforts in various fields, as the Middle East seemed to be on the cusp of a new era of peace and prosperity.

All this too place in the 1990s, and, therefore, the decade could be considered the golden decade for Egyptian-American relations and also for the American role in the Middle East.

The most important feature that distinguished this decade was that American policy in the Middle East during these years was not the subject of an ideological dispute between the two major parties in the United States as the work that was begun by Republican President George H.W. Bush was completed by his Democratic successor Bill Clinton.

Another important feature that distinguished American policy in the golden decade of the 1990s was the United States’ focus on promoting regional stability, resolving conflicts, and curtailing extremism.

However, all this changed after the terrorist attacks of 11 September 2001. The administration of President George Bush Jr. rushed to change regimes in the region - by force, as was the case in invading Afghanistan and Iraq, and also, as was the case in other countries, through propaganda campaigns, supporting political opposition, interfering in the affairs of states and violating their sovereignty, under the pretext of promoting democracy.

In these ways, the United States turned from a stabilizing force to a major cause of instability in the Middle East.

The problem with the American policies was not necessarily in promoting the system of democracy in of itself, but with the Americans' disregard for the specific culture and history of the Middle East; and their failure to grasp the impossibility of imposing a political, cultural and moral system on a society simply because this system has succeeded in another place since societies do not function similarly in simplistic mechanical ways.

Notwithstanding the damages suffered by the countries in the Middle East that the United States militarily occupied, Egypt suffered the greatest deal of damages as a result of the new American policy in the region as the United States almost completely violated the foundations of the strategic understanding that has governed the relations between Cairo and Washington since the seventies.

The Bush administration focused its pressure on various states in the region on Egypt, given its central position in the Middle East, and planned to induce a major change in the country as a prelude to inducing successive changes in other Arab countries.

All this is behind us now. The sight of the United States rushing to withdraw from Afghanistan and Iraq is ample evidence of the failure of the policy pursued by the Americans in the Middle East over the past two decades, and is also new evidence of the far-sightedness of the Egyptian policy.

Indeed, the failure of American policy in the region has provided an opportunity for the return to the sound foundations of Egyptian-American relations that were established fifty years ago.

It is abundantly clear that all Americans, who are ideologically divided and are almost at odds over every other issue, agree on the importance of the relationship with Egypt, and on the parameters of American policy toward this central country in the Arab world and the Middle East.

Advisor to Al-Ahram Center for Political and Strategic Studies