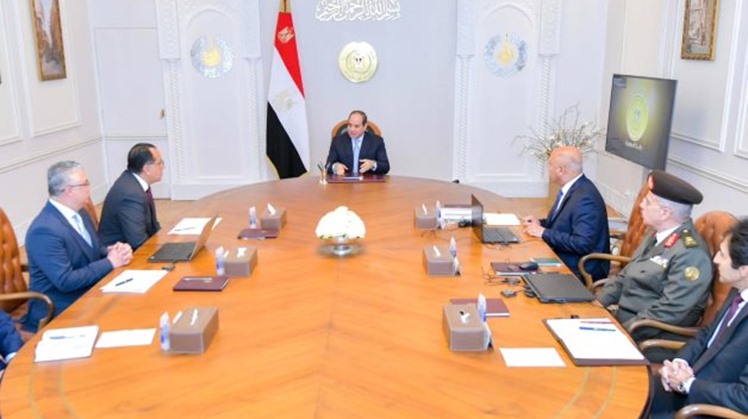 During the meeting, Sisi ordered working on localizing complementary industries related to the production of new and renewable energy in light of their multiple uses in various fields, including water plants, a major component in many projects nationwide.

The president stressed the importance of stepping-up investment efforts and activities of the SCZone by forming an effective investment entity for the zone in its affiliated projects.

Sisi also ordered to make optimum use of the zone’s potentials, especially its distinguished geographic location in the Suez Canal in the center of the world’s most important shipping lanes.

This provides promising opportunities for the zone to become a regional and global hub for green fuel production projects, which will maximize its return and consolidate Egypt's position in the production and circulation of energy in the region, the presidency said.

The president also ordered developing the industrial zones under the umbrella of the SCZone into integrated cities that provide services and residential communities, as part of efforts to expand the comprehensive development in the canal zone.

Sisi also ordered upgrading the Suez-Sokhna road to improve the level of services and safety along the road by increasing the number of traffic lanes, separating heavy trucks from other vehicles, and upgrading railway slides along the road.

The development of the road will also contribute to achieving the development goals in the region by enhancing the connection between ports and the integration with the New Suez City as well as facilitating entry and exit between those areas, the president added.