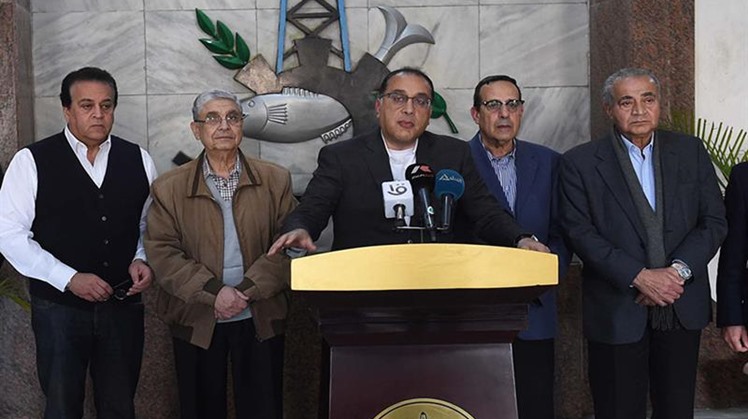 adbouly’s remarks came during a press conference that was held on the sidelines of his tour of North Sinai governorate to inspect renovation works in different institutions, including Al-Arish port, a North Sinai Court of and Al-Arish General hospital, according to Ahram Online.

Madbouly stated that two years ago a single subsidised loaf of bread cost the state about 65 piasters. The cost, he said, went up to 80 piasters following the war in Ukraine. With the recent depreciation of the Egyptian pound, the cost of one loaf of bread has increased once more to 90 piasters.

“Nevertheless, we (the state) have not yet raised the cost of the loaf for citizens,” he said. He added that the state produces 100 billion loaves annually and that the cost for maintaining the current price of subsidised bread amounts to almost EGP 10 billion annually.

The premier stated that since the beginning of the Russian-Ukrainian war the price of wheat has increased by more than EGP 55 billion.

Egypt’s wheat reserves were hard hit by the war, since 80 percent of Egypt’s imports of wheat come from both Russia and Ukraine.

The country relies heavily on wheat for making bread, a main staple of Egyptians’ diet.

Since the start of the war, the country has sought to diversify its wheat sources by importing wheat from other countries.

Madbouly said that the Egyptian government is considering increasing the prices of wheat purchases from local farmers starting from the next wheat season. The government has already agreed to pay EGP1000 per ardeb (150kg) but may up that amount during the next cabinet meeting.

During the press conference, Madbouly also stated that despite costing the Egyptian state EGP 11, one litre of diesel is sold on the market for about EGP 7.15. This means, the prime minister added, that the state pays EGP 4 per litre in subsidy – a huge amount.

The Prime Minister also said that in case the government had stopped subsidising electricity the price of the electricity bill would have increased threefold.

“Those paying EGP 300 for the electricity bill should be paying EGP1000 but the state bears that increase,” he said.

Madbouly stated that the aim of the recent monetary policies and measures is to stimulate development and to eliminate the black market for US dollars.

Last week the Egyptian pound hit an all-time low against the US dollar as trading exceeded EGP 30 per USD in several banks.

This dramatic decline came only one day after the International Monetary Fund (IMF) held a press conference to announce Egypt’s commitments under the new IMF-backed economic and structural reform programme.

The IMF approved in December a $3 billion loan for Egypt under the Extended Fund Facility (EFF) over four years.

Egypt received the first tranche of the loan in December and is expected to receive the second by the end of March after the completion of the loan’s first review. The total amount of the two tranches is $700 million.

Egypt has pledged, in line with the programme, to implement a flexible exchange rate.

The prime minister also said that the government will continue to release goods from ports to pump them into the markets. The process, he said, will reduce the prices of food and commodities and secure the citizens’ needs.

“We are working hard to pump these goods in the markets and to make factories work again to create a balance in the prices and products," the Premier added.

Huge quantities of goods have been accumulating at Egyptian ports amid a shortage in foreign currency due to economic shocks caused by the Russia-Ukraine war.

The Central Bank of Egypt (CBE) adopted a Letters of Credit (LCs) system which was mandated since March, instead of the direct payment through the documentary collection system, to alleviate the pressure on foreign currency.

The LCs, which obliges paying the total value of imports in advance to a bank that then acts as an intermediary between the importer and exporter, has caused imported goods to be held up at ports.

On 29 December, the CBE cancelled LCs and returned to the cash-against-documents system for importing goods.

Madbouly revealed that the new 5-year-initiative, which was announced by the government last week, aims to support the industrial and agricultural production sectors with EGP 150 billion. He stated that the initiative was launched after the cabinet received complaints from the Industrial society in Egypt concerning the cancellation of the 8 percent initiative to support industry.

The companies joining the initiative will be provided with financing options at a low interest rate of 11 percent. The state will bear the difference between interest rate prices.

“The state will allocate EGP 10 billion annually to bear the cost of the interest rate difference to support businessmen, agricultural and SMEs that depend on importing production supplies and raw materials with subsidised prices” he said.