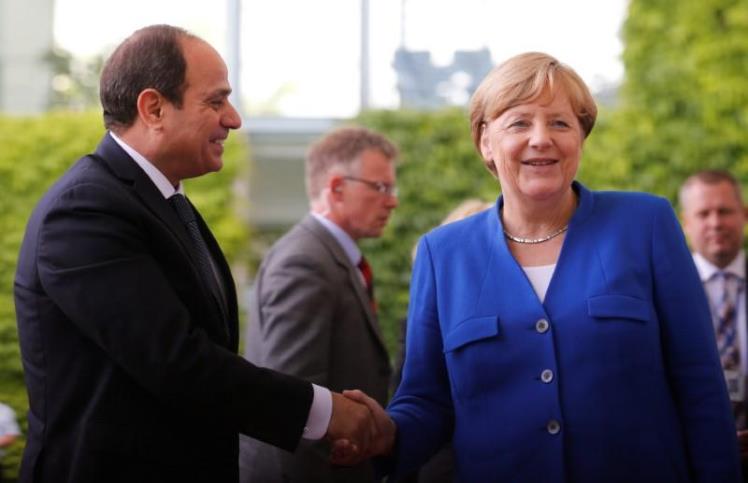 CAIRO – 1 November 2018: During her talks on October 30, with President Abdel Fatah al-Sisi, German Chancellor Angela Merkel spoke highly of Egypt’s model development in the Middle East, praising it for its efforts in combating terrorism and halting illegal immigration.

The African country is a leading role model for stability in the Middle Eastern, Merkel said.

Merkel also spoke of her country’s keenness to fortify cooperation with Egypt in a number of different fields, citing the already growing bilateral relations that have led to positive results on both sides.

The German Chancellor expressed her gratitude towards Egypt’s successful efforts in combating terrorism and halting illegal immigration. According to Egyptian Presidency spokesman Bassam Radi, Merkel said, “Egypt has succeeded in dealing with these two phenomena and achieved great successes.”

Merkel also affirmed her country’s support for Egypt’s economic reform program, and lauded the achievements made in this regard, according to Radi.

Radi also reiterated Merkel’s message on the keenness of German to enhance cooperation with Egypt and increase investments in the country during the next period.

President Sisi and Chancellor Merkel spoke of the Palestinian case and its recent developments and possible routes to establishing lasting peace in the Middle East.

In similar vein, the Belarusian Ambassador to Egypt Sergei Rachkov recently spoke highly of the work President Abdel Fatah al-Sisi has done to empower the Egyptian youth and to bring together the youth of the world.

Rachkov lauded the first edition of the WYF, citing its great success and explained the focus the Belarus has on empowering the youth and launching programs that focus on their empowerment through education and development.

Reiterating his country’s support for President Sisi’s initiative, the ambassador is set to represent his country during the forum.

The ambassador stated that the Belarus Education Ministry and the Egyptian Youth and Sports Ministry will sign a Memorandum of Understanding (MoU) in the near future to boost bilateral cooperation in outlining youth-related policies.

Last year’s forum brought together thousands of young people from around the world to Egypt to hear President Abdel Fattah al-Sisi’s message of peace and youth opportunity. The theme was “We Need to Talk” and the forum gave a platform to thousands of leaders of youth networks, heads of states, media figures and young Egyptian expats. Participants engaged global policymakers and experts about youth issues around peace, prosperity, harmony and progress in the world. 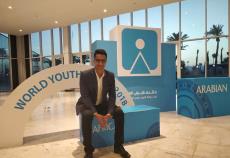