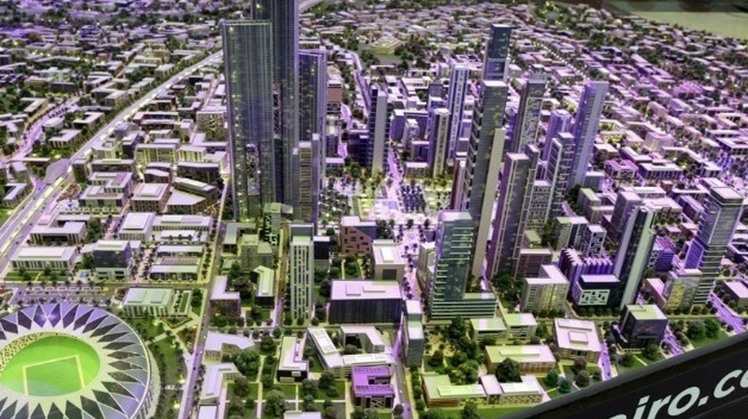 Mon, May. 27, 2019
AIRO - 26 May 2019: Egypt's President Abdel Fatah al-Sisi inspected on Friday several construction sites at the New Administrative Capital (NAC), according to a statement issued by the presidential spokesperson Bassam Radi.

During his inspection tour, Sisi asserted the importance of committing to the set deadline of the New Administrative Capital's projects, the statement reported.

Radi's statement added that the president checked the work progress and the current status of some mega projects at the new capital, including the arts and culture city, the new opera house and the government neighborhood.

The new capital is planned to be a sustainable city, housing the ministries, Parliament, Egyptian Media Production City, presidential palaces, and embassies.

Twenty-five public and private construction companies have been mandated to carry out the infrastructure projects and build the residential neighborhoods of the new capital, while the army is only responsible for managing the project.

The New Administrative Capital Company is 51 precent owned by the Armed Forces and 49 percent by the New Urban Communities Authority (NUCA). The paid-up capital of the company amounts to LE 20 billion, including contributions from the Armed Forces and NUCA, and the authorized capital is LE 204 billion.

President Sisi laid the first stone of the New Administrative Capital in East Cairo in July 2018. With an area of 170,000 feddans, the new capital will include 20 residential areas expected to accommodate 6.5 million people and a road network of 650 km in length. The capital will include an international airport and an electric train to link it with the 10th of Ramadan and El-Salam cities.

It will feature 1,250 mosques and churches, a 5,000-seat conference center, nearly 2,000 schools and colleges, over 600 medical facilities, and a park that is projected to be the world’s largest.

The New Administrative Capital is located in the area between the Cairo-Suez and Cairo-Ain Sokhna roads, east of the regional ring road. This is roughly 60km from the cities of Suez and Ain Sokhna.