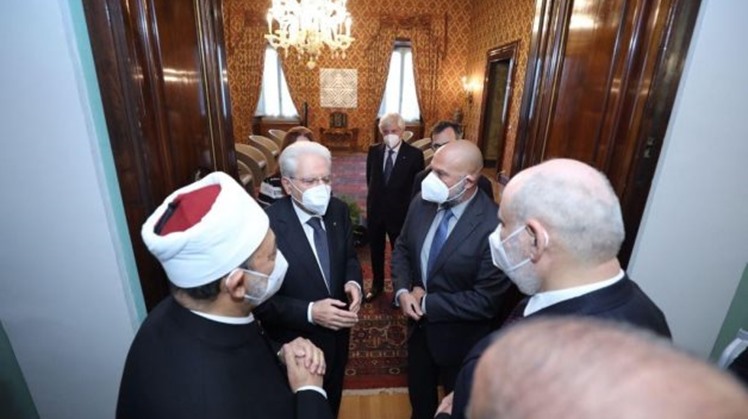 In a statement on Wednesday, Azhar said the Italian president welcomed Sheikh Tayyeb in Rome, and highlighted the importance of the meeting in view of Tayyeb's international efforts to entrench the values of international peace and brotherhood.

The meeting came two days after both Grand Imam of Al-Azhar Ahmed El-Tayyeb and Catholic Pope Francis met at the Vatican, and discussed the efforts to spread the principles of the Human Fraternity Document worldwide.

President Mattarella voiced admiration for the relationship between Tayyeb and Pope Francis.

Mattarella also cited a message written by Pope Francis "we are all brothers", noting that Pope Francis said that Tayyeb was the source of inspiration to write this message.

He underlined that the appearance of Tayyeb and Pope Francis during the inking of the Human Fraternity Document in Abu Dhabi in 2019 was a source of happiness for millions around the world.

For his part, Tayyeb underlined that Azhar is open up to all cultures and seeks disseminating the moderate teachings of Islam.

He said Al Azhar hosts more than 30,000 foreign students from more than 100 states, stressing that Al Azhar spares no efforts to shoulder the responsibility of spreading the values of peace and combating extremism and hatred.

He added that Al Azhar has established an international observatory for combating terrorism.

Tayyeb and the Italian president discussed key issues on the international arena as well as means of promoting the role of religious scholars in settling modern world crises.

The two sides underlined the importance of international solidarity in the face of the coronavirus as well as equitable distribution of vaccines, especially in Africa. 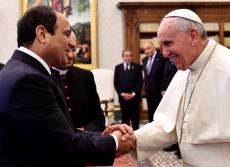 What Egypt’s Efforts to Sow Religiou Unity Can Teach the World About Counter-Terrorism Mon, Jul. 3, 2017