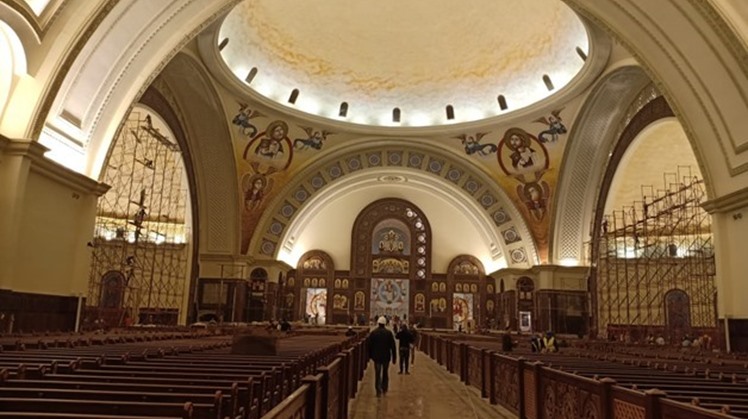 Wed, Mar. 6, 2019
CAIRO - 6 March 2019: As part of Egypt's efforts to legalize unlicensed churches, the cabinet announced on Tuesday, March 3, that 156 churches and church-affiliated service buildings were legalized; the total number of legalized churches amounts to 783.

The committee concerned with legalizing unlicensed churches, headed by Prime minster Mostafa Madbouly, declared during a meeting on March 5 that nearly 17 churches and church-affiliated service buildings were legalized provided they meet the structural safety requirements.

The Cabinet’s decision to legalize churches comes according to 2016's article number 80 of the law regulating building churches.

Several conditions were laid in the statement for the churches to be finally recognized by the government as legal religious buildings. These conditions include meeting the requirements for civil protection within a period of four months and fulfilling all the state's rights regarding the rationing of the land on which such buildings are built. The approval may be withdrawn if the buildings do not finish civil protection facilities in four months.
On January 9, Egypt’s Ministry of Housing issued a decision to allocate lands to establish 37 churches in various new cities, Walid Abbas, assistant housing minister revealed.

Abbas earlier said in an interview with a local news website that the government’s New Urban Communities Authority ordered allocating lands for 30 churches in different new cities from 2014 to 2017.

He added that the authority also approved establishing other seven churches in new cities in 2018, besides the Church of Nativity, the Middle East’s biggest church that has been inaugurated in Egypt’s New Administrative Capital.