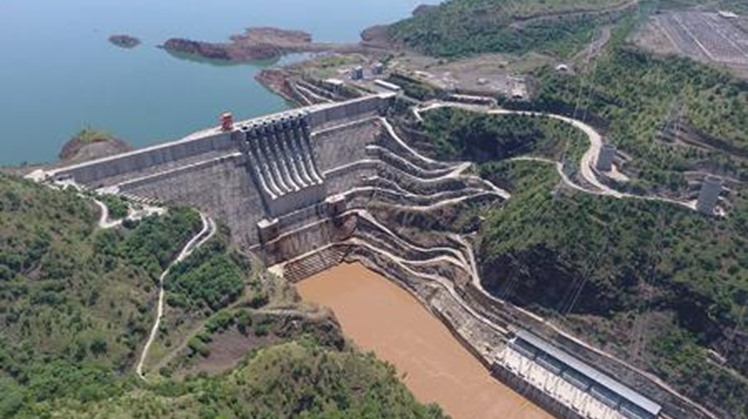 Mon, May. 18, 2020
Dr. Muhammad Sameh Amr, Professor and Head of the Department of International Law, Faculty of Law, Cairo University discusses the renaissance dam issue, and the reasons behind Egypt sending a letter to the UN Security counsel.

Here is the full statement.

"Of course in the beginning, Egypt is operating under a clear diplomatic and political plan, and if there is a move at the level of the Security Council to present the matter in a manner that clarifies all legal aspects; The political and technical aspects of the file related to the Ethiopian Renaissance Dam. This was due to the fact that Egypt continued for a period of five years in which all efforts were made to negotiate directly between it and Sudan and Ethiopia, and the countries also resorted to American mediation stimulated by Egypt after direct negotiation reached almost a dead end. It was necessary to enter a foreign mediator, who could help move the stagnant water.


As we know that the Nile River is the main water source for Egypt, and therefore Egypt's handling of this issue is a treatment that comes from the importance of this resource because it is not only the main lifeline in Egypt, but also a tool of economic and social stability in Egypt and therefore this stability cannot be achieved in Egypt, and consequently in the region, without setting clear rules for this file. Therefor, Egypt resorted to negotiations directly for many years, there was political negotiation, there was technical negotiation, and when we got to the stage that Ethiopia announces unilaterally that it will start filling the dam during the month of July of this year 2020, we had no time, except resorting to international mediation and negotiation directly. Egypt followed the diplomatic method, and the peaceful method in the settlement of any outstanding issues that may arise because of the existence of this dam.

If, during the past two weeks, Egypt submitted a letter with an explanatory and explaining note to the member states of the UN Security Council, this is only the product of a long, five-year march that has not yet resulted in an agreement.

There is a very important matter that when Egypt signed the Declaration of Principles, which is an international agreement concluded between the three countries concerned with this issue, Egypt, Sudan and Ethiopia, there was an obligation on the Ethiopian side not to start filling before reaching an agreement. There is a legal obligation, which falls on Ethiopia to not fill the dam, except after reaching an agreement, and this is a legitimate requirement, because when Egypt accepted to sign these principles, it was based on the principle of good faith and good dialogue, as well as the rights of the brotherly Ethiopian people in development, and all considerations are characterized and consistent with the norms of international law, contemporary international politics, and development considerations.

But at the same time, because if this dam is filled single from the Ethiopian side, this can cause substantial damage to Egypt, and this matter according to international norms and international agreements should not be caused by a "source country" to harm an "estuary country."

Accordingly, Egypt's move was in a negotiated manner through mediation, or by clearly presenting the Egyptian view to the members of the Security Council, Egypt did not submit a formal complaint to the Security Council, but Egypt took a step towards respecting the rules of international law, and respecting the principles and goals of the United Nations, and respecting the terms of reference of the UN Security Council, Egypt began presenting its idea and presenting problems, because time passes quickly, and all international circumstances on the ground do not help any of the parties to reach an agreement, or even for the American mediator to resume its work due to the Covid 19 or Coronavirus. It was inevitable for Egypt, however, to present this issue in the form of a simple paper explaining all aspects in the framework of its permanent diplomatic and political endeavor to raise this issue. Hence, Egypt presented all aspects that support its position to the member states of the Security Council."