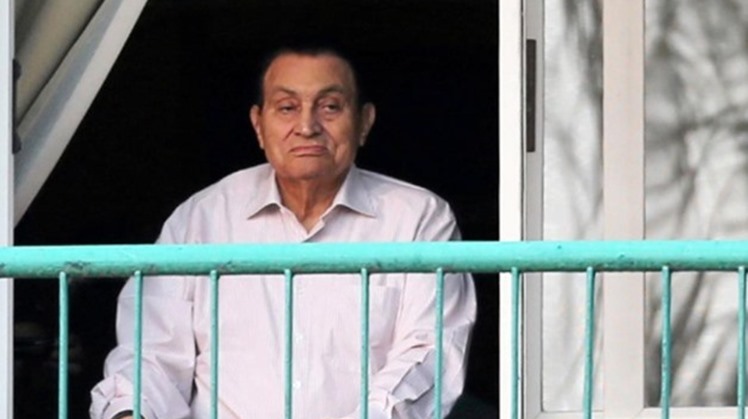 “Mubarak one of Egypt’s armed forces men who defended our beloved Egypt in the war of October 6, 1973, which restored dignity and pride to all Arab nation.” Allam stated.

"The presidency deeply mourns former president Mohamed Hosni Mubarak for his services to the country as a commander, and one of the heroes of the great October War. Mubarak was commander of the Air Forces during the war that restored dignity and pride to the Arab nation," the presidency said in a statement, as it expressed condolences to his family.

Pope Tawadros II of Alexandria and Patriarch of Saint Mark issued a statement mourning former President Mubarak. “He took responsibility for his country in a difficult situation and severed in his post for three decades”. The statement said.

Egypt’s prominent activist Wael Ghonim, who played a vital role in Egypt's 2011 Revolution, mourned Mubarak on his Twitter account, saying that he took huge responsibility, he hit and missed but eventually, history will judge him”.

Egyptian diplomat and former Vice President Mohamed El Baradei also mourned Mubarak in a tweet and offered his condolences to the family.

Former Egyptian president Hosni Mubarak passed away at the age of 91 on Tuesday.
Mubarak, the fourth president to Egypt, ruled the country for a period of 30 years before he was forced to step down on February 11, 2011 as a result of the January 25 Revolution.

Military funeral expected to be held in the afternoon of February 26 for former President. The country declared three days of national mourning starting from Wednesday.