The Discoveries in Saqqara are Not done yet! In Pics mummies of animals and sacred birds were uncovered 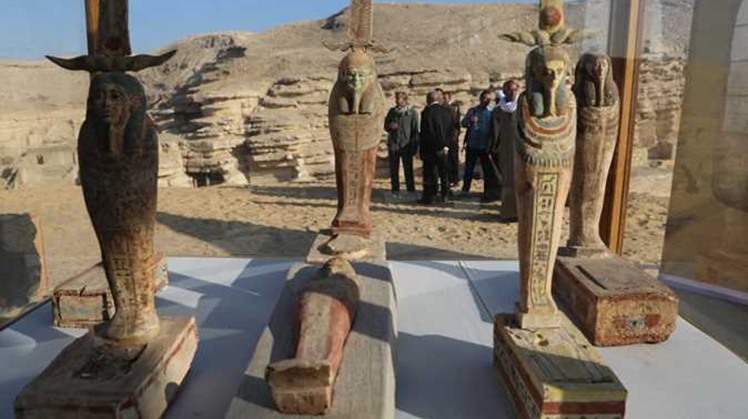 Tue, Nov. 26, 2019
Minister of Antiquities Khaled el-Anani announced the success of the Egyptian archaeological mission in uncovering a cache of mummies of animals and sacred birds.

Preliminary studies conducted on the mummified animals indicated that the mummies likely belong to small cubs.

This came in a press conference that was held on Nov. 23 in the Bubastians cemetery in Saqqara to announce the details of the archaeological discovery in the presence of a number of ambassadors and heads of foreign archaeological missions operating in Egypt.

In the press conference, Anani stated that the discovery of Saqqara's sacred cache of mummified animals and birds confirms the greatness of the ancient Egyptian civilization.

Mummies of cubs and a wooden statue of the goddess Neith were unveiled. Goddess Neith is associated with spinning and weaving in San el-Hagar.

Also, the discovery included a large-sized scarab and 75 statues of cats of different sizes and shapes that are made of wood and bronze.

The minister stated that the X-rays and preliminary scientific studies conducted on two of the mummified animals proved that they belong to small cubs, about 8 months old.

Anani clarified that further studies will be conducted in the coming weeks to confirm the initial results.

Furthermore, the minister of antiquities added that if studies prove these mummies belong to cubs, this will be the first discovery of its kind, as only skeletal parts of lions were previously unearthed.

For his part, Secretary General of the Supreme Council of Antiquities Mostafa Waziri requested the display of the cache of animals and sacred birds in one of the museums in Saqqara.

The secretary general said the mission also found two small limestone coffins for the cat goddess Bastet, as well as a stone painting with the nymph of King Psamtik I of the 26th Dynasty on it, a small wooden box with the remains of a gilded mask and two wooden statues of women each with a cobra head.

Waziri explained that many cobra statues and a wooden frieze representing the life of the cobras, as well as amulets and the head of a bird (Ibis) were found.

Additionally, a collection of Ushabti made of faience, a set of cards made of papyrus that contained drawings of the goddess Tawerettenru and many wooden and colored mud masks were also discovered. 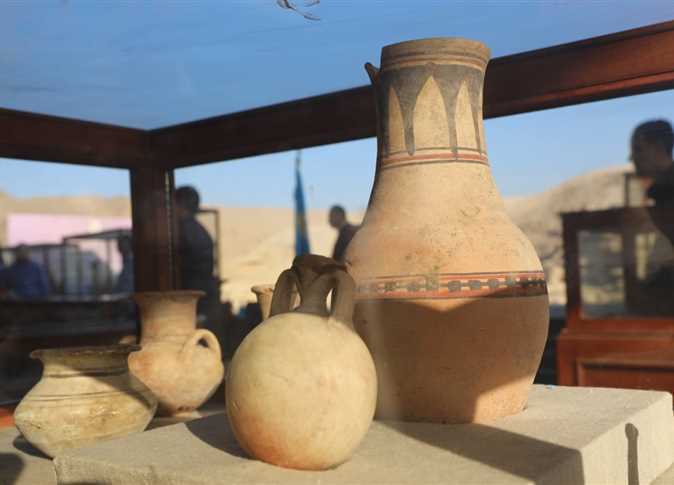 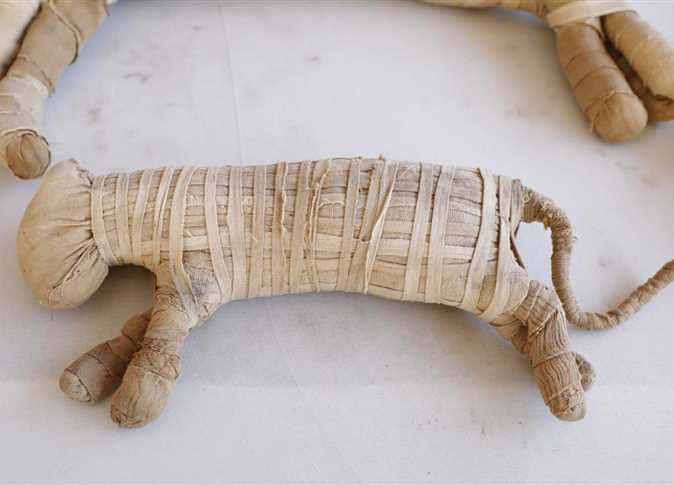 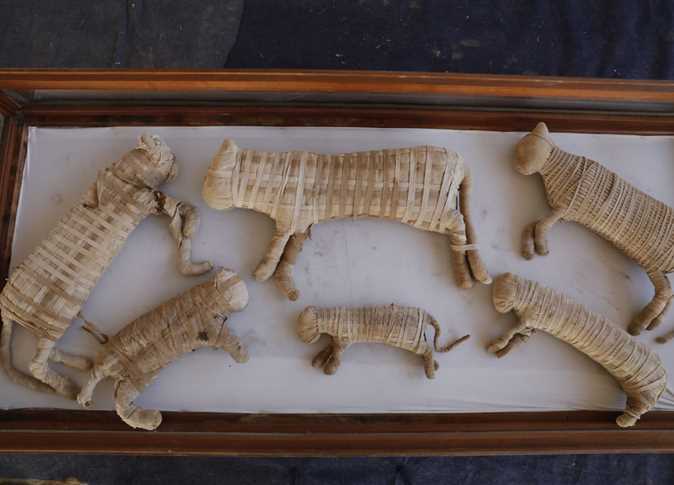 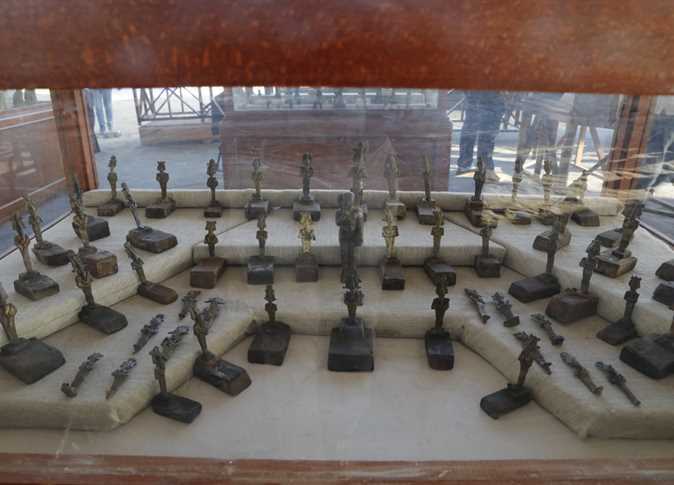 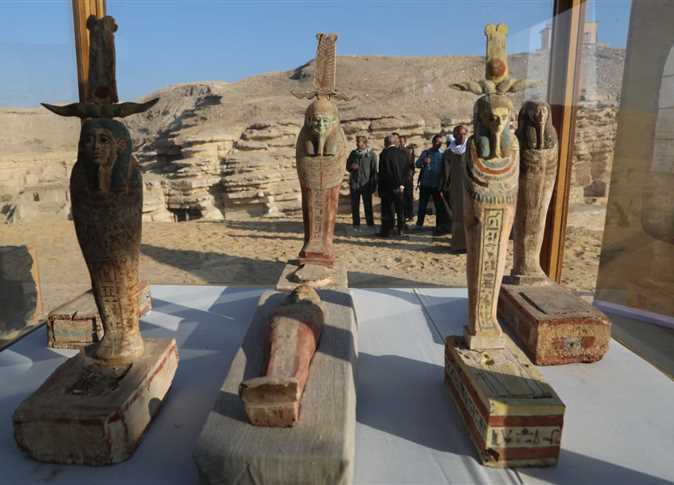 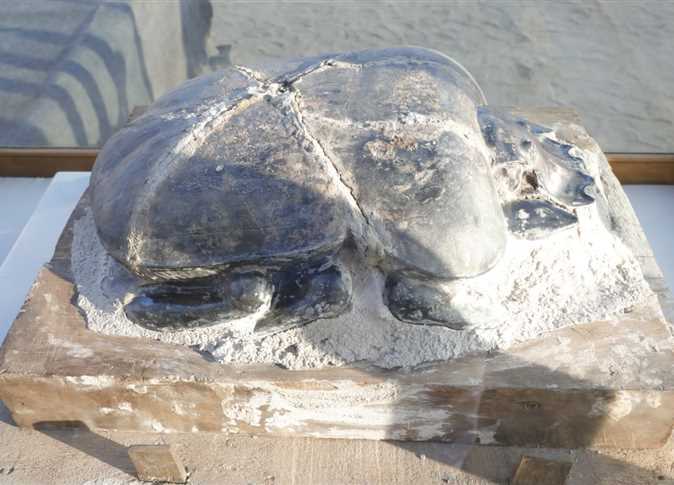 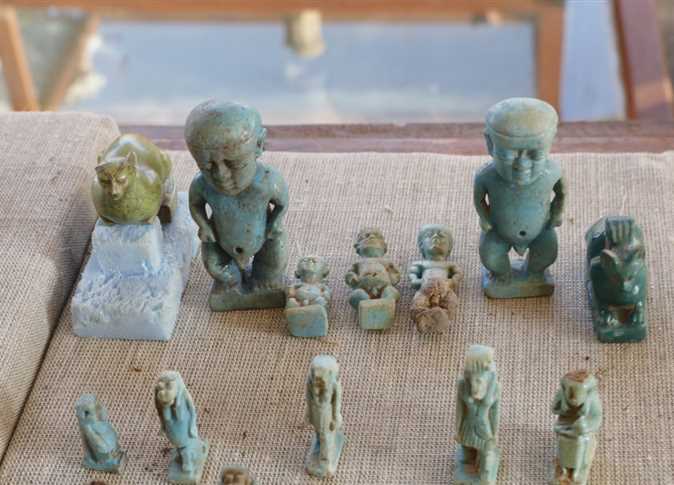