Did the Ministry of Antiquities solve the mystery of the Sphinx? 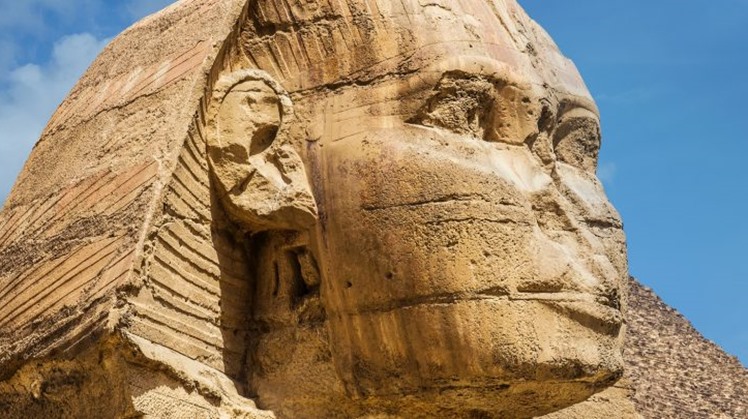 Mon, Nov. 11, 2019
In an exclusive interview with the Daily Express newspaper, the Minister of Antiquities revealed that Egyptian archaeologists are discussing the mystery of an animal believed to be the origin behind the Sphinx in Giza on the sidelines of the opening of the Golden Pharaoh Tutankhamun exhibition in London. The following lines illustrate some information.

Q / What is the animal discovered?
A: According to the description of the Minister of Antiquities, it is a "very strange animal" that resembles a big cat, a lion or a lioness, and is believed to be the origin behind the sphinx in Giza.

Q / What is the Sphinx?
A: The most famous of these legendary creatures is the Great Sphinx of Giza, a limestone statue representing a lion's body and human head on the Giza plateau believed to protect the pharaoh Cheops in a massive pyramid behind him.

Q / What is the importance of the cat in the ancient Egyptian?
A: According to the report of the British newspaper, the ancient Egyptians knew of their interest in cats and imposed sanctions on those who caused the injury or killing of these animals, and they worshiped the god of the cat consisting of half a cat merged with another half of a woman, called "Bastet."