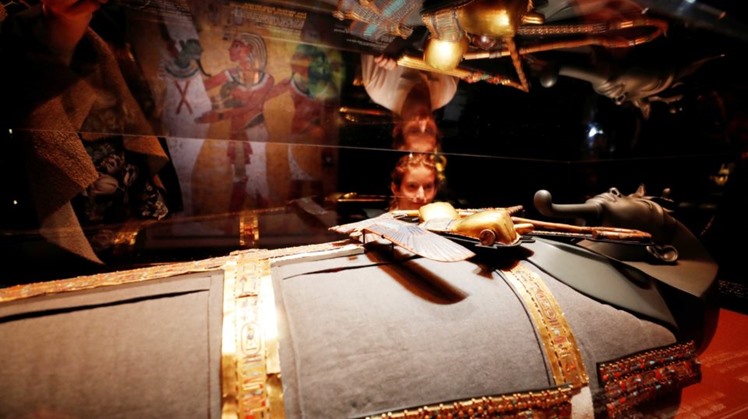 Mon, Nov. 4, 2019
As always, the young pharaoh King Tutankhamun is able to impress the world and his magic with his unique gold holdings, just as he impressed the world with his great discovery, making him discover the century.


The King Tut exhibition in London opened its doors at a huge celebration attended by about 1000 guests from public figures, businessmen and stars of British society, the Department of Antiquities inaugurated on Saturday evening the exhibition of King Tutankhamun: the treasures of the Golden Pharaoh at his third stop in London.

It includes a very small collection of treasures of the young king in Egypt, which numbered more than 5400 pieces, describing the exhibition as an attraction to encourage and encourage the British people and all peoples of the world to visit Egypt to see the rest of the treasures of the young king and learn about its ancient and unique civilization, and that the exhibition of Ank Amon in London is a special event.

The city of London is the third stop of the exhibition of the treasures of the young king roaming the world coinciding with the celebrations approaching the centenary of the most important discovery in the twentieth century, the tomb of King Tutankhamun.