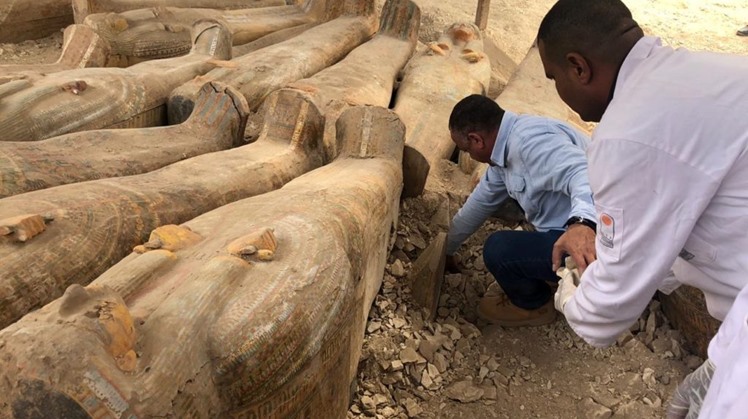 Wed, Oct. 16, 2019
CAIRO - 16 October 2019: Sources at the Ministry of Antiquities revealed that work is still underway to extract the coffins discovered in Al-Assasif, which appeared to excavators and the Egyptian archaeological mission led by Dr. Mustafa Waziri, Secretary General of the Supreme Council of Antiquities. So far from the ground it is expected to find morw coffins during the next two days before the official announcement of the disclosure.

The number of coffins discovered in the cemetery of Assasif in the western governorate of Luxor has reached as of Wednesday morning, 29 colored coffins belonging to senior statesmen and middle class in the families of 18, 25 and 26 of ancient Egyptian times, including two small coffins likely to be buried in those cemetery dedicated to those Pharaonic families.

The excavations are still underway in the region and the number of coffins is expected to increase during the day and tomorrow until the official announcement of the details at an international press conference on Saturday morning.