Now in Luxor: One of The Biggest Discoveries In Years...More than 20 Coffins Found at The West Bank 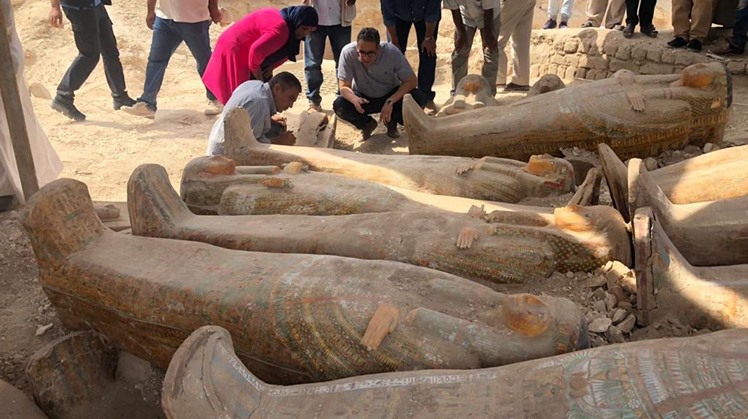 Tue, Oct. 15, 2019
CAIRO - 15 October 2019: This morning, the Minister of Antiquities headed to Luxor accompanied by Dr. Mustafa Waziri, Secretary General of the Supreme Council of Antiquities, to inspect the work of the archaeological mission of the Ministry of Antiquities in Agaban El-Assasif cemetery in the West Bank, which succeeded yesterday in unveiling a huge cache of colorful human coffins, the details of which will be announced next Saturday morning in a press conference in West Luxor. 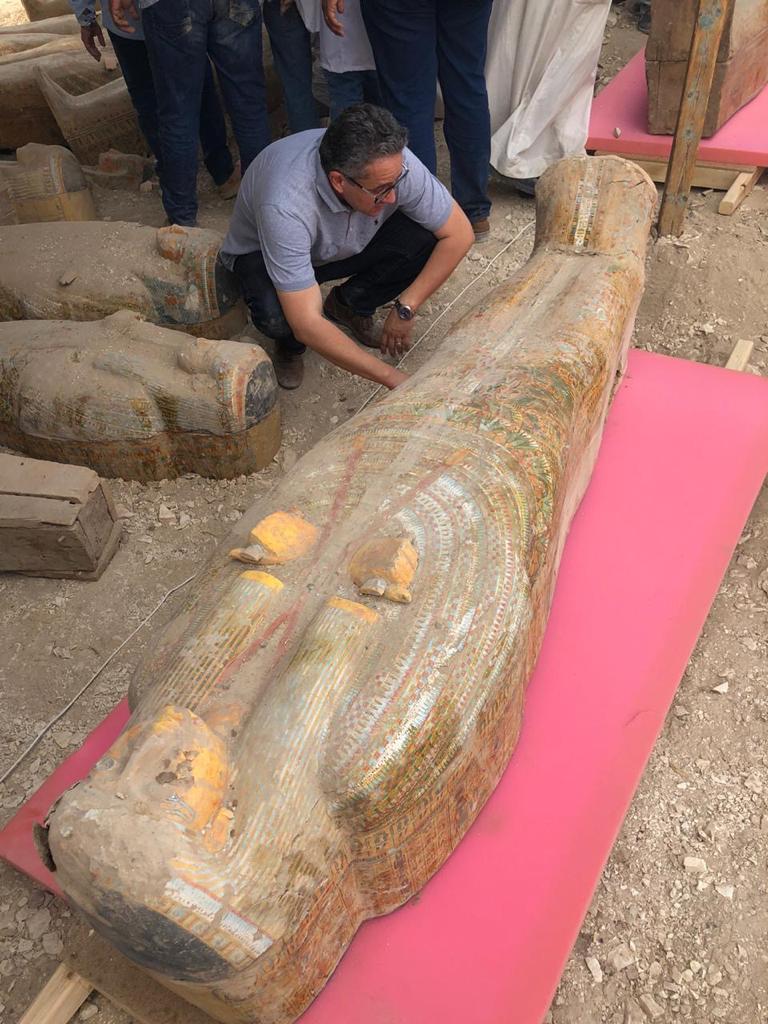 This discovery is one of the largest and most important discoveries that have been announced during the past few years, as it includes so far more than 20 colored wooden sarcophagi, in a good state, where the colors and inscriptions are still in great state, almost untouched by time. They were found in two caches on one level above the other. 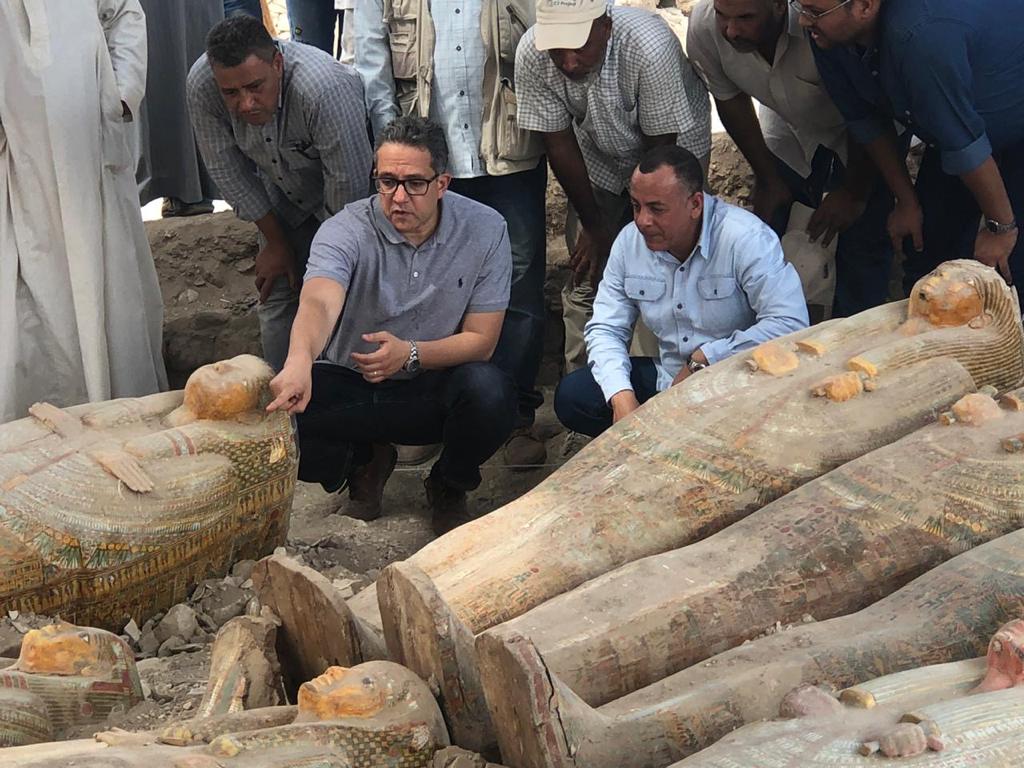 It is worth mentioning that the ministry announced the archaeological discovery through the Egyptian mission headed by Dr. Zahi Hawass, who said that since the mission started work in the Valley of the Apes in December 2017, it succeeded in finding for the first time the workshops for the manufacture and processing of funerary furniture for the tombs of the kings. Next to it was a storage pit which took the numbering (KVT) and in front of it was discovered a kiln to burn pottery and metal, which was found next to two silver rings, and large quantities of decorative elements used in the decoration of wooden coffins in the era of the eighteenth century, in addition to gold and some decorative elements that are called Horus' Suite. 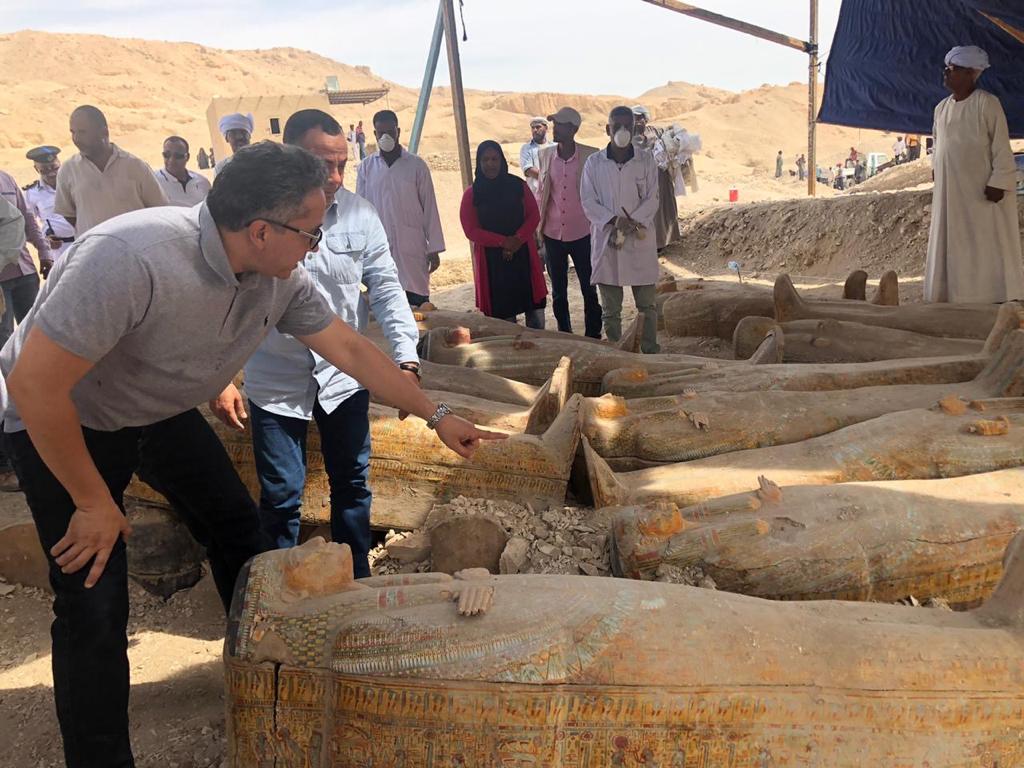 He added that one of the most important discoveries of the mission was to find 30 specialized workshops for the manufacture and processing of funerary furniture before placing them inside the cemetery, in addition to a cemetery called KV 65 which was used to preserve some of the funerary tools and furniture, similar to the cemetery KV 54 adjacent to the tomb of King Tutankhamun, which was found inside it the tools used in the construction of royal tombs. 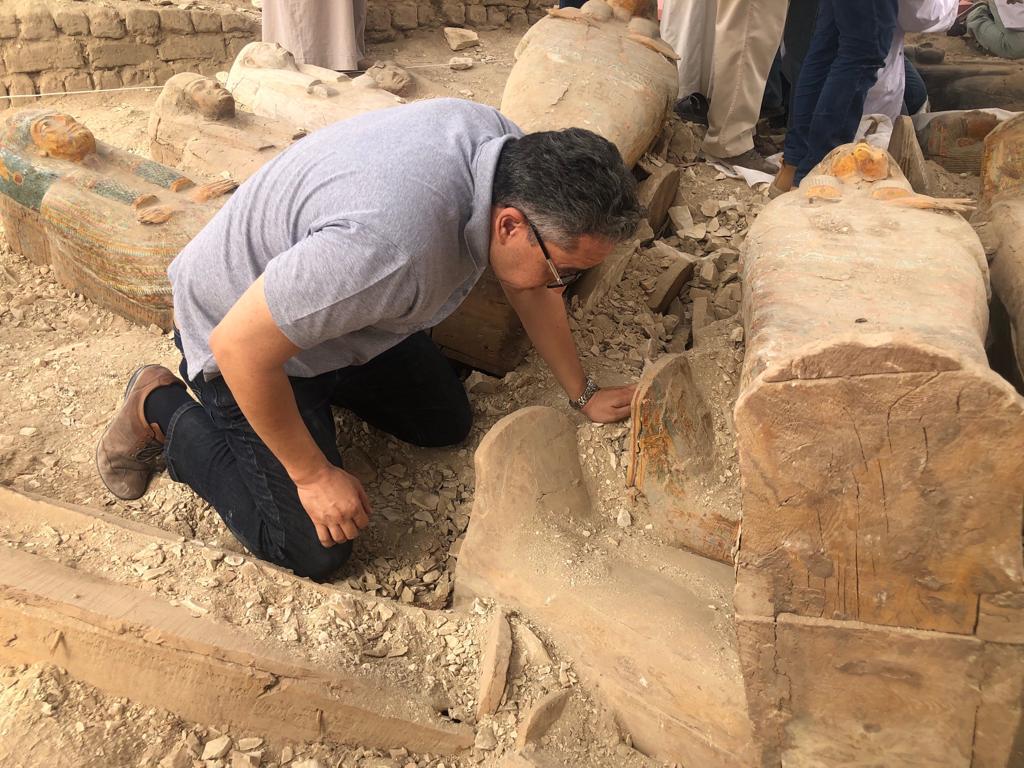 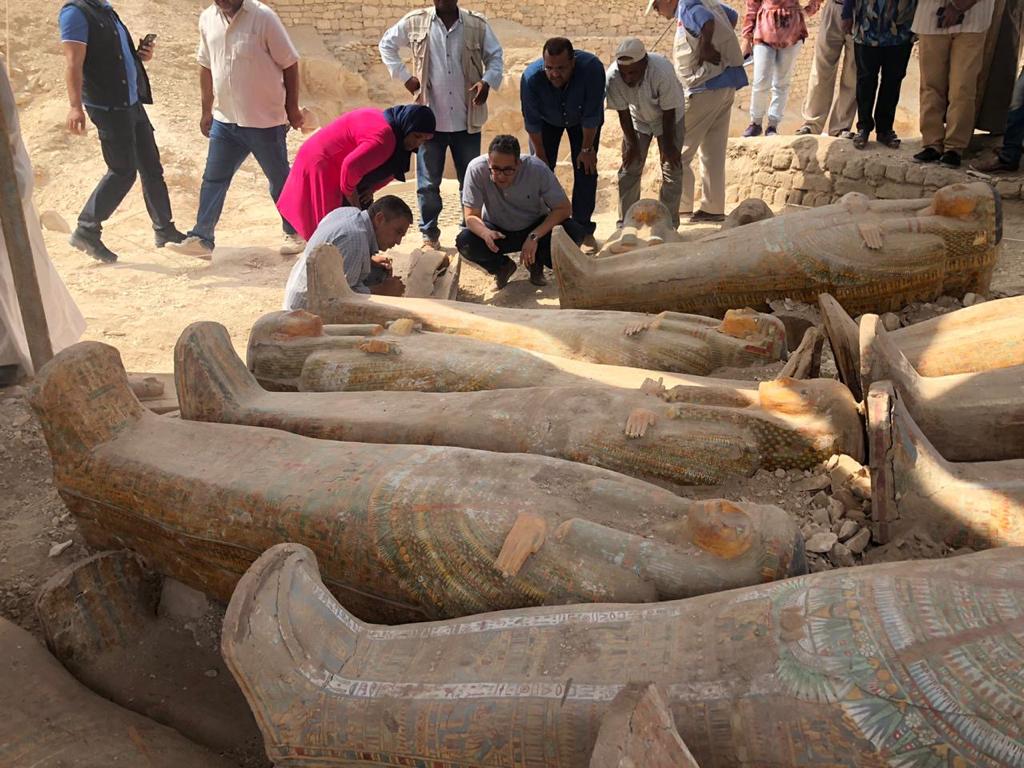