The Palace of The Pasha: Mohammed Ali Palace to be launched in June 2020 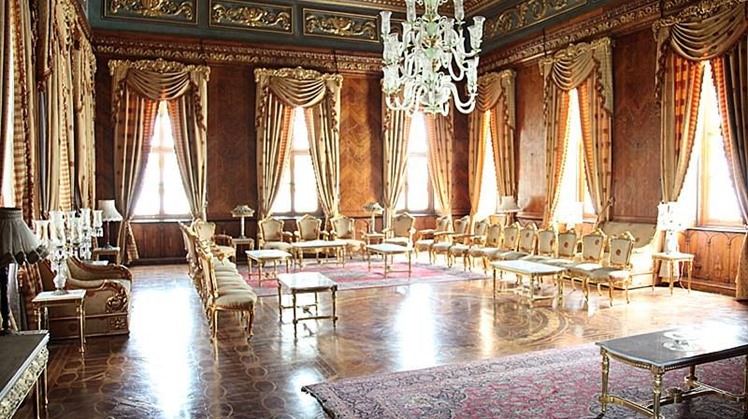 Sun, Sep. 15, 2019
CAIRO - 15 September 2019: The Ministry of Antiquities started the restoration of the Manial palace, Mohamed Ali palace. Secretary of the Supreme Council of Antiquities Mustafa Waziri revealed that the total cost of the project of the restoration and development of Mohammed Ali Palace in Shubra al-Khaimah has reached LE 194 million so far.

In particular, LE 155 million pounds was spent on the restoration of the building of El-Fasakia kiosk building. The Gabalaya kiosk building has reached LE 39 million so far, totalling up to LE 194 million.

Waziri added during an inspection tour of the palace on Sept. 12 that it was designed in an architectural style combining Islamic and European elements with an area of up to 59 acres.

Waziri clarified that the Gabalaya kiosk building will be opened in November, while the restoration work of El-Fasakia Kiosk will be completed in June 2020, stressing that the development will extend to the area surrounding the palace as well.

One of the interesting things that characterized Mohammed Ali Palace in Shubra was that it witnessed the first modern lighting system. England came to know that system in 1820 by engineer M. Galaway who was soon called by Mohammed Ali to fix necessary preparations in his palace. That was considered a great qualitative change.

The palace was unique in combining the European style in decorations and the spirit of Islamic architecture planning. Four ceilings enclosed with a large fountain standing as if it were the yard of a mosque.

However, the drawings and decorations were painted in the 19th century's Italian and French styles. It embraces a host of paintings of Mohammed Ali himself and his family members.