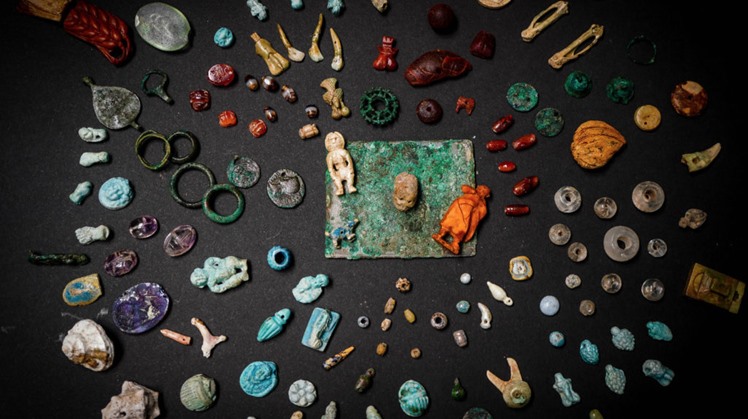 Sun, Aug. 18, 2019
Archaeologists have unearthed an impressive collection of amulets, precious stones and lucky magic in Pompeii, Italy, in a secret hideout under the ash layer containing many and varied amulets, which researchers believe belong to a witch that could be the victim of the eruption of Mount Vesuvius more than 2,000 years ago. 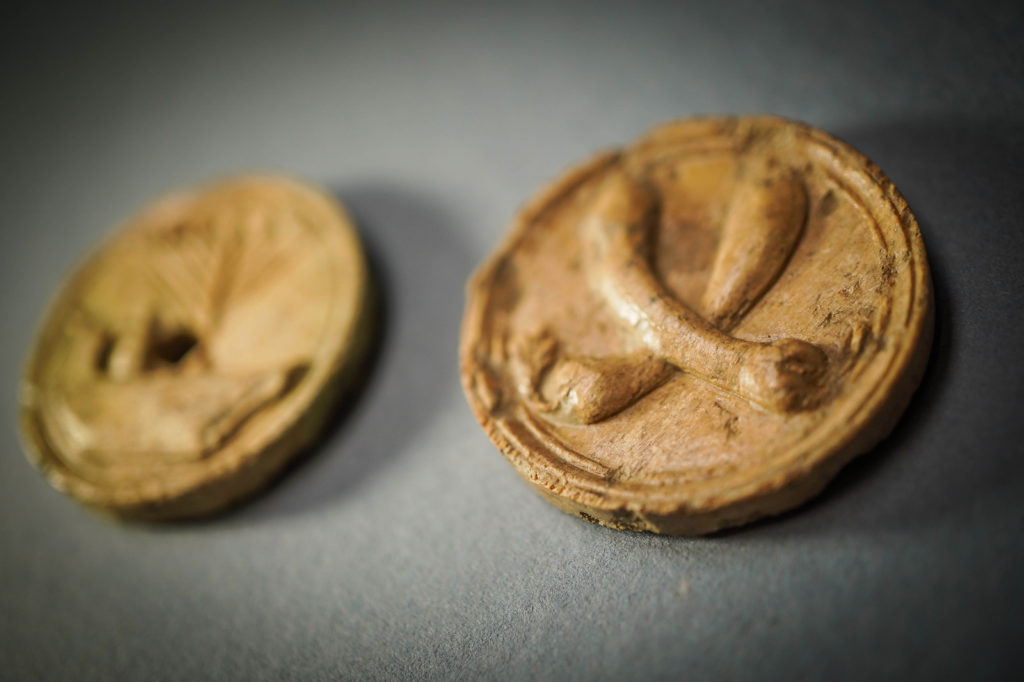 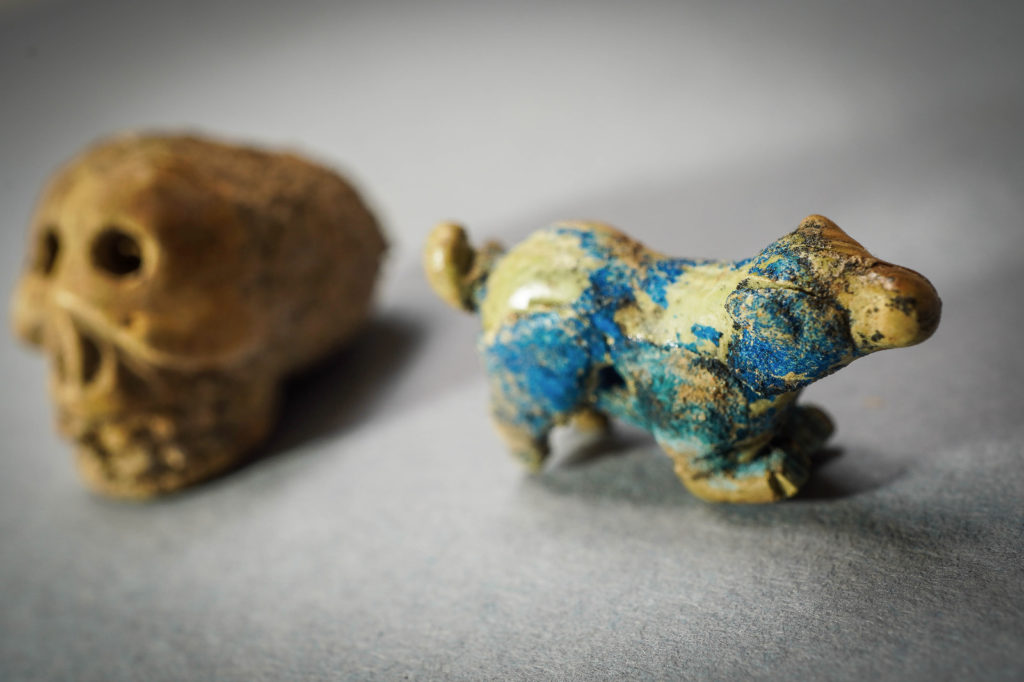 Experts found more than 100 miniature pieces in a wooden crate all of which crashed except for their bronze hinges. The researchers decided that the amulets would belong to a woman and were likely to be used for decoration or protection in the years before the eruption of Mount Vesuvius in 79 AD, which buried the city and its inhabitants in volcanic ash. 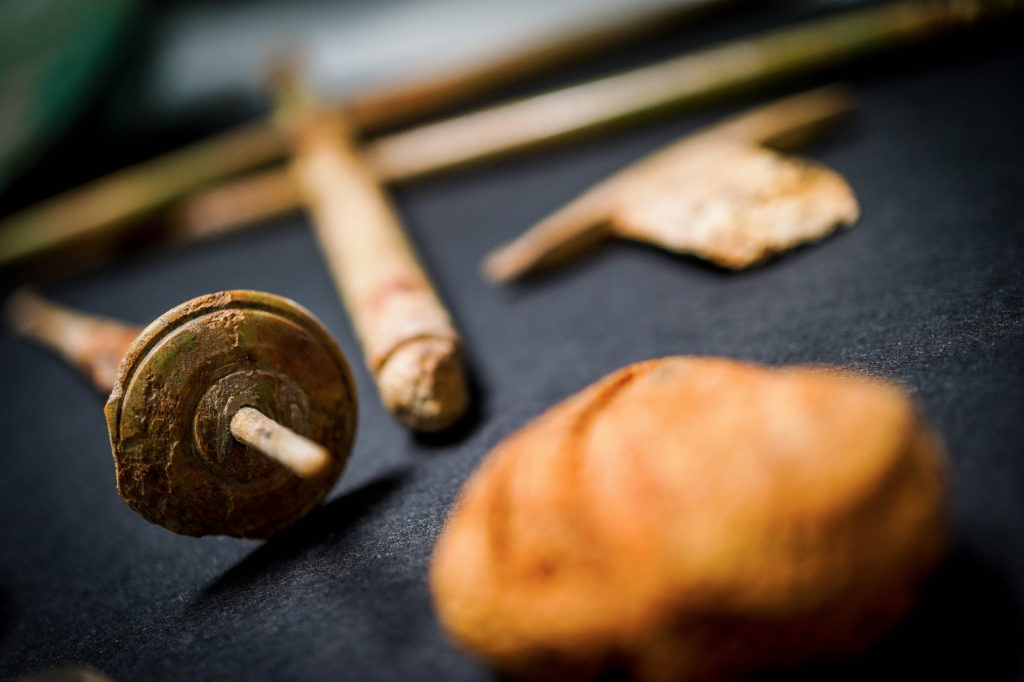 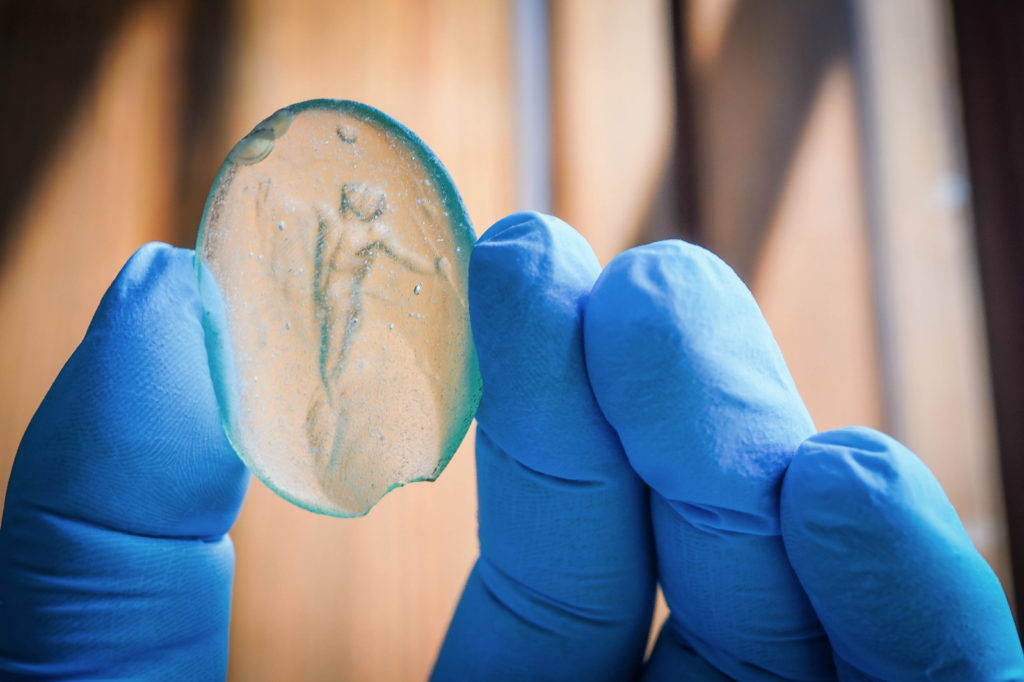 Many of the found objects are symbols of fertility and love, there are also bones of birds, likely to be used in rituals, as well as "evil eye," some pieces depicting Egyptian scarab beetles, a symbol used by the Romans to protect pregnant women and newborn babies, the cache also contains a small head depicts Dionysus, the god of Greek wine, fertility, and ritual insanity, as well as a thoroughly carved dance satire in glass.

The jewelery will soon be on display at Palestra Grande, Pompeii, in an exhibition that is a follow-up to its recently closed display of Roman jewelry "Vanity". 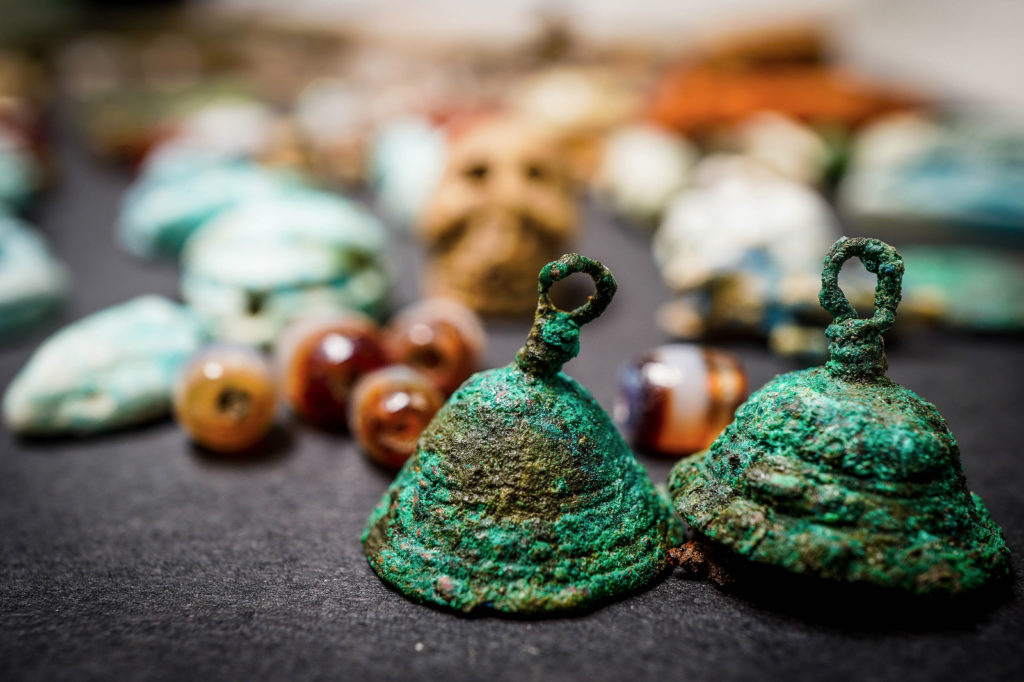 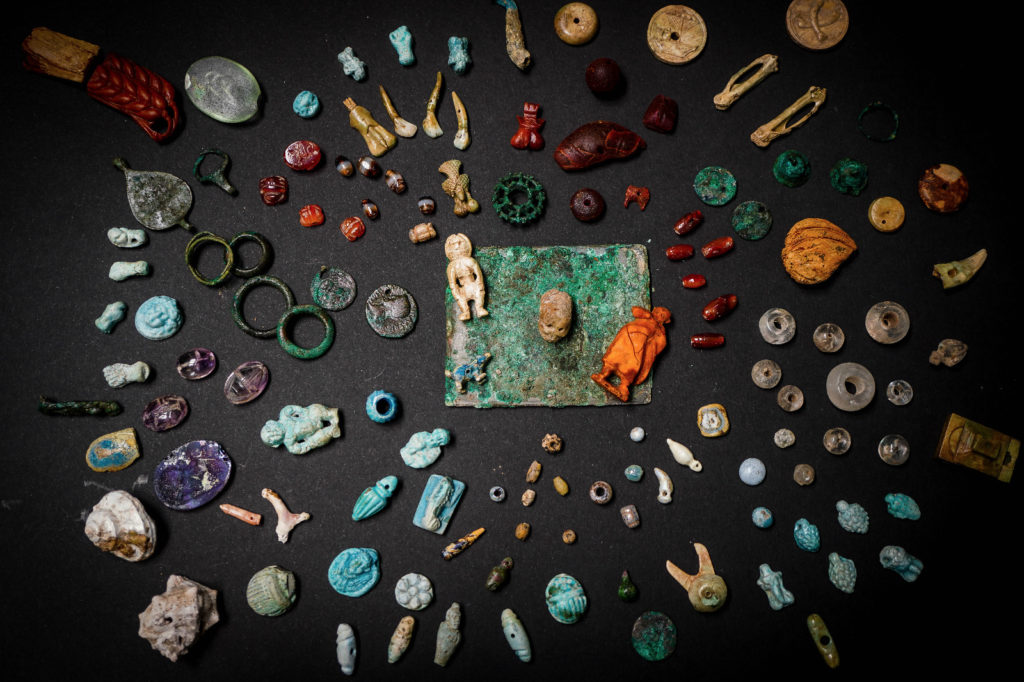