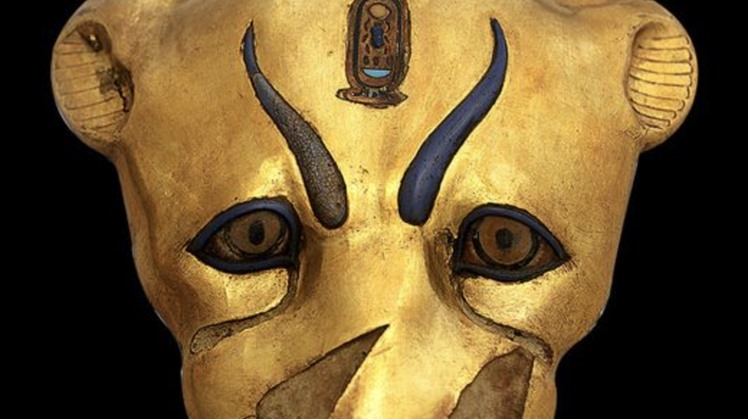 Mon, Nov. 7, 2022
The collections of Tutankhamun in the Egyptian Museum include the head of a leopard carrying a cartouche of King Tutankhamun engraved between his eyes. It was found in the Luxor Valley of the Kings. It is 17 centimeters high. The relic belongs to the eighteenth dynasty in the era of the modern state.

Also featured among Tutankhamun's holdings is a necklace made of gold and precious stones in the form of a temple edifice depicting a grandfather column between the two goddesses Isis and Nephthys. There are also four cartouches of King Tutankhamun that were found in the Valley of the Kings in Luxor. Eighteenth Dynasty in the era of the modern state.

The Egyptian Museum had inaugurated an exhibition entitled “The Centenary of the Discovery of the Tomb of King Tutankhamun: Tutankhamun and His Family”, during which it displayed 18 artifacts belonging to King Tutankhamun, which were not found in his tomb, some of which are displayed for the first time.

Among the most prominent of these pieces are the mummy of the young lady, which is likely to be the mother of King Tutankhamun (Queen Kia), four statues of the golden pharaoh that were discovered among eleven statues in the cache of the Karnak temple, a set of rings bearing the name of the king, and a small slab of faience engraved on both sides. With his names, and a group of scarabs bearing the name of Queen "Ankhsan Amun", the wife of King Tutankhamun, a statue of King Akhenaten with his wife Kia with her distinctive wig, which was discovered in Amarna, a canopic bowl of Kia, the mother of Tutankhamun, and the head of a statue of King Amenhotep The third was discovered in the Karnak cache, and the head of a statue of Queen Tiye, the wife of King Amenhotep III, and the mother of King Akhenaten was discovered in the Temple of Hathor in Serabit el-Khadem in the Sinai.