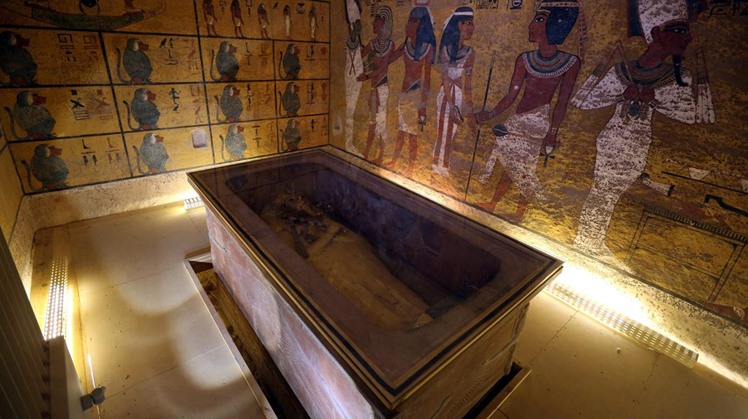 Mon, Sep. 26, 2022
British Egyptologist Nicholas Reeves said that the discovery of hidden hieroglyphs inside Tutankhamun's tomb gives weight to the theory that the legendary Egyptian queen Nefertiti is buried in a hidden chamber adjacent to the burial chamber of her husband's son, Tutankhamun.
Sponsored links by Project Agora
The cost of dental implants in 2022 will definitely surprise you!
dental implant | Search ads
15 essential things you thought were useless
Story To Hear

Nicholas Reeves, former curator in the British Museum's Department of Egyptian Antiquities, added that while the theory remained unproven after inconclusive radar scans, it was given a new boost after the new evidence.

Nicholas Reeves confirmed that the images of Tutankhamun's burial by his pharaonic successor, Ay, were inscribed by Tutankhamun burial of Nefertiti, the legendary queen of Egypt and wife of King Akhenaten.

And he continued: "On the decorated northern wall of the tomb of Tutankhamun, his successor in governance appears during the performance of the ritual "opening the mouth" of the mummy, to restore the five senses of the deceased."

Reeves said: "A close examination of Ai's photos reveals clear and implicit traces of a previous name, which is the name of Tutankhamun.

He said the new evidence supports the theory that Tutankhamun's tomb is just the outside of a much larger tomb "prepared and still occupied" by Nefertiti, whose independent sequence of burial chambers is outside of what can currently be seen.
And Tutankhamun's tomb was discovered exactly a century ago by Howard Carter and full of chairs and carriages, Tutankhamun's tomb were among the wonderful treasures the boy king would need in the afterlife.