Queen Cleopatra II suffered from palace conspiracies .. What is her story? 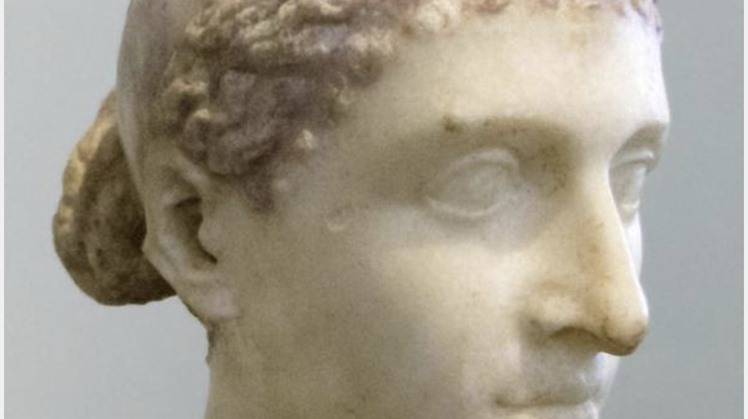 Thu, May. 6, 2021
The Ptolemaic era in Egypt is considered the first period of foreign occupation after the end of the rule of the Egyptian kings after the end of the Thirty Pharaonic Dynasty, in which Egypt turned into a state but rather an empire of a dual nature that combines the Greek Hellenistic element, represented in the incoming occupier who had strong and ancient ties to ancient Egypt, And the eastern element represented in Pharaonic Egypt and its ancient civilization, which dazzled the Greek arrival and made him affected, and in the end a new civilization emerged, the Hellenistic civilization that brought together the civilization of ancient Greece and ancient Egypt.

The Ptolemaic kings completed what Alexander the Great had started in Egypt, but through a realistic perspective he sought to form a hereditary empire in the ancient Near East, and Egypt in the era of the Ptolemies entered into numerous conflicts and alliances with the international powers active in the region, and played a distinct military role in many times. It tended to use diplomacy and exchange gifts with the surrounding external forces in order to secure their interests in the region, and I suffered defeat at other times, and the era of the first four kings was the era of the powerful Ptolemaic kings, according to the book "Queens of the Pharaohs .. Drama of Love and Power" by Dr. Hussein Abdul-Basir, Director of the BA Antiquities Museum.

Queen Cleopatra II (185-116 BC) was the daughter of the Ptolemaic King Ptolemy the Fifth Epiphanes (meaning "al-Zahir"), who in his reign began to weaken in the ties of the Ptolemaic state and was the beginning of the era of the weak Ptolemaic kings, then he died, and left the rule of Egypt to his wife Queen Cleopatra The first, of Syrian origin, bore him two sons: Ptolemy the Sixth and Ptolemy VIII Iorgtes the Second, and a daughter: Cleopatra the Second, who married her two brothers one after the other.

Dr. Hussein Abdel-Basir says, the ruling passed to his eldest son and her brother, Ptolemy VI Philomitor, meaning "the lover of his mother." And when he was still in childhood, his mother, Cleopatra the First, took custody over him, and after four years she died, so the custody of her nine-year-old son was transferred to two Court men: the eunuch Julius, the freed slave and accountant of the palace, Linnaeus, and when he reached adulthood, they decided to marry him to his older sister, Cleopatra II, and Cleopatra the second took the following titles: "sister-wife of Ibn Ra" and "Lady of the Two Lands", and she bore him four children: Two sons named Ptolemy and two daughters named Cleopatra.

And he was crowned Ptolemy VI and he was not yet fifteen years old, and he was a toy in the hands of the regents and officials, so he encouraged his uncle, the ruler of Syria, Antiochus IV, to invade Egypt in the sixth Syrian war, but he reached the borders of Alexandria, which managed to resist him despite the capture of Ptolemy VI And the ruling passed to his brother Ptolemy VIII.

The battle of the ruler of Syria ended with accepting the mediation of some foreign ambassadors in Egypt, but he soon broke the agreement, and returned to Egypt as an invader, and Rome intervened and declared its influence in Egypt, and the Roman delegate drew a circle on the ground around the Syrian king and asked him to leave Egypt and respond before leaving the circle At that time, the Syrian king had no choice but to withdraw, and as soon as he left, the revolution took place in Alexandria, and it seems that the leader of the revolution was of Egyptian origins, but the king who came out of captivity managed to stop this revolution with the help of his younger brother, but the latter soon announced himself King of the country, and he expelled his brother, who had no choice but to seek refuge in Rome, which from that era became the kiss of fleeing kings, and King Ptolemy VI entered Rome with worn clothes to win the sympathy of the Romans, and it is said that he resided in the house of an Alexandrian merchant living on the run in Rome, which indicates Poor economic conditions in Egypt at the time.

He continued the book "The Queens of Egypt", and the younger brother of Ptolemy VI, Ptolemy VIII, carried out many bad deeds that angered the Egyptians, so they revolted against him, and Rome seized the opportunity. Conquer, so I made each brother motivated against his brother.

Ptolemy VI carried out many works in Egyptian temples to gain the favor of the Egyptians, but death did not delay him, so he died in a campaign against Syria to try to regain the depth of Syria.

Ptolemy the Sixth left a young child under the tutelage of his mother, Cleopatra the Second, and it was believed that this child was Ptolemy the Seventh, and it is now called the name Ptolemy the Exile, who was not beyond the stage of childhood, and this child participated in the rule with his mother, but his uncle Ptolemy VIII managed with the help of the Jews to Return to Egypt, and he killed his nephew, and the throne was transferred to him, and Ptolemy VIII took the title of Iorgtes II.

The policy of Ptolemy VIII changed completely after his return to Egypt, and we see him issue a general pardon or what is known as a "great pardon" for all crimes, and he gives privileges to Egyptian temples, works to complete many of them, and orders employees not to accept any bribes or use any influence against the population, However, this amnesty, even if it carried a lot of good for the Egyptians, reflected the collapse of the situation in the country and the spread of bribery, which made the implementation of this pardon impossible, as well as the interference of Rome in all the affairs of the country, as if Egypt was occupied by the Romans before the occupation of Octavius ​​in August 2006. Her in 30 BC.